The Satmar Rebbe zt”l once said “Anyone who has numbers on their arm has the power to give brachos (miraculous blessings).” My father raised me to take this saying seriously and would always refer to Holocaust survivors as “Kedoshim.”

I remember my father gently waking me up at 6 o’clock in the morning when I was eleven to go to shul. It was still dark outside so, as we drove over to Beth Jacob in Oakland, California, I’d nap in the car. Then we’d walk down the thin hallway to the small “morning services” chapel that was tucked into a forgotten corner near the magnificent main sanctuary. As I walked in the shadow of my father towards the door, I could hear the muffled sounds of prayer and my nostrils widened to take in the scent of freshly brewed coffee and deliciously old books. I sat on the pew in between the two greatest rabbis from my childhood, my father and Rabbi Yehudah Ferris, in a room that could barely house the twenty people there. But there was only one person there whom my father would never let me leave without shaking his hand, Holocaust survivor Ernie Hollander zt”l.


Although I didn’t know it at the time, Ernie had come from a long line of rabbis dating all the way back to the time his ancestors had been kicked out of Spain during the Inquisition. Ernie’s father, a rabbi who owned a flour mill, had been raising him and his seven siblings in Czechoslovakia when the Nazis invaded. His father was murdered before his very eyes. Ernie was sent to Auschwitz and never saw his mother again. When the war ended, only his brother Alex had survived. They tried to track down the rest of their family, to no avail. Apparently, his older brother Zoltan had survived the war, but had been hung by Nazi soldiers who were fleeing from Allied Forces. Devastated, Ernie fled to the only place a Jew could always call home: the land of Israel.

While in Israel, he married his wife on a rooftop in Haifa; $3 financed the entire ceremony. It was Nov. 29, 1947, the same day the United Nations voted for a resolution that would pave the way for the establishment of the third Jewish commonwealth in the Holy Land. Before their wedding was over, war had broke out and Ernie ran off to join the fight. He fought for the Irgun and in the Israeli War of Independence. Although he was wounded three times, he never turned back – even when his wife telegraphed him that their daughter Beverly had been born. Eventually, they left Israel and made it to the promised land of California where they opened a bakery selling Hungarian strudel in the Jewish neighborhood of Oakland.

Although he loved the smiles on the faces of those who frequented his bakery, his real passion was traveling all over the Bay Area to lecture at universities, churches and high schools about his experiences as a Holocaust survivor. In 1991, Hollander received an invitation to debate a Holocaust denier on “The Montel Williams Show.” Although some felt that Ernie shouldn’t even dignify the man’s ideas, Ernie was not one to turn away from a fight and went anyway. No one could have ever imagined what happened next.

“The TV stations came to film the debate,” my father told me after my bar mitzvah. “It was broadcast on stations all over the country, but Ernie didn’t care. He was just happy he was able to put this guy in his place to the successful applause of the audience. What he didn’t know was that miles away in New York, there was a man sitting on his couch flipping through the channels when he came across this debate. As he looked at the Holocaust survivor, he rubbed his eyes. “It couldn’t be!” he thought, “this survivor in California is the spitting image of my friend in Serbia. How is this possible?” He picked up the phone and called the number for the Montel Williams Show and, after a few minutes, the producers of the show realized the impossible had just happened. This man’s friend in Serbia was Ernie’s long lost brother Zoltan.

Zoltan had indeed been hung by the Nazis back in 1944, but they were in such a rush to flee, they didn’t tie the knots well. He fell between the trees and played dead until he could escape. He spent years wandering Europe and eventually settled in Yugoslavia, convinced his entire family had been murdered. For years, he lived alone. The Montel William’s show flew him in and wanted to televise the reunion on live TV. It was here that my father’s voice cracked, “but when the announcer got up in front of the camera, there was a commotion. On one side of the stage was Zoltan Hollander standing behind four security guards who were holding him back until the time was right. On the other side of the stage, there were four security guards who had been knocked out as Ernie screamed “No one will stop me from seeing Zoltan.” He ran onto the stage crying for his older brother. The announcer spluttered, the brothers embraced, and the entire world watching wept.” My father told me that Ernie told everyone that being reunited with his brother, whom he thought was dead for 50 years, was the “the greatest miracle since Moses crossed the sea.”

I didn’t know any of of this when I was a kid. To me, Ernie was just the jolly roly-poly gabbai of the shul who always smiled and gave me candy. Nevertheless, I always remembered the reverence my father showed Ernie and the way he taught me to do the same to any of the “Kedoshim.”

Fast forward many years later and my father and mother, now “empty nesters,” moved from the Bay Area to Sacramento in late 2018. My wife and I rarely leave New York, but we felt it’d be important to see their new home. So we picked a random Shabbat to spend with them and, while there, we went to the local Chabad for services. A family from out of town was also there that Shabbat celebrating their daughter’s bat mitzvah. We stayed for the Kiddush and the dynamic Rabbi Mendy Cohen led the entire community in singing, inspiring Torah learning and some hearty l’chaims! The party continued until late in the afternoon.

At some point, I asked the father of the bat mitzvah where they were from and he told me he was from Mexico City and had converted to Judaism many years ago (before he had his kids).

“So why’d you pick Chaim as your Hebrew name?”

During that Friday night service, they were dancing around welcoming the “Shabbat Queen” when he looked down at the arm of the person he was holding hands with and saw numbers. He felt overwhelmed that he was dancing with an angel and asked the man his name. The old man smiled and said “Chaim.” At that moment, this man from Mexico City decided that when it came time to pick his Hebrew name, he would name himself after the angel he was lucky to dance with. Years passed and he never saw the man again.

I stopped smiling and asked the man, “Is his name Chaim Grossman?”

His mouth dropped open, “How do you know that?”

I told him I’m the rabbi of a synagogue in Westchester. One of my congregants survived Buchenwald, went on to become a pilot in the Israeli Defense Forces, and then immigrated to America. His name is Chaim.

The next Shabbat, I asked Chaim Grossman to sit in the center of the synagogue as I began my sermon. I told him that 3,000 miles away there lived a man that carried his name and who was raising his family to follow in the ways of Hashem.

“What is the mathematical probability that on the exact Shabbat, the only Shabbat in the entire year that we would fly out to California, it would be the same Shabbat of his daughter’s bat mitzvah? What are the chances that after four hours of partying, we would have that conversation about the origin of his name? And what are the chances that this Shabbat on which I tell this story to Chaim Grossman we read the Torah portion of Shemot. The title Shemot is mistranslated as “Exodus,” but literally means “Names,” because our Rabbis teach us that the way our ancestors broke free of their slavery was by keeping their Jewish names!” As I looked out at the crowd, I kept repeating, “What are the chances?!”

And then I pulled out the photo, printed and framed, and looked Chaim in the eye. As he raised his numbered arm to receive the photo everyone began to cry. You see, Chaim had never been blessed with any children. And yet now he had a proud Jew halfway around the world who was carrying his name and who would pass it on to his children’s children’s children.

I will never forget the moment when Chaim stood up and blessed God.

I will never forget the deafening applause that followed.

And I will never forget the image of this holy Holocaust survivor hobbling out of the synagogue holding tightly onto the framed photo of a miracle.

As my father, Rabbi Benzion Welton, taught me, “Coincidence is God’s way of remaining anonymous.” I had thought I was going to California on vacation but I was really being sent to bear witness to a profound lesson about “Chaim” which means “life.” As I now think of Ernie, of Chaim, and of all the Kedoshim, the words from the Talmud (Taanit 5b) spring to my mind, “If our descendants are alive, then our patriarchs are alive.”

P.S. Chaim Grossman and Chaim Valencia have been in touch since then and the story goes on. 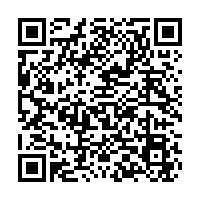