“The king of Sodom went out to meet Avraham after his return from defeating the kings…” (Bereishis 14:17).

The Medrash (Bereishis Rabbah) relates that all the idol worshippers gathered to chop cedars to form a huge stage. Avraham was seated above and they praised him, saying, “You are our king.”


HaGaon HaRav Yosef Shalom Elyashiv notes that when Avraham Avinu planted an orchard and provided food and rest for passersby, no one paid any attention. When Avraham Avinu went into the burning furnace of Nimrod in Ur Kasdim with tremendous emunah and mesiras nefesh, he was also not found worthy of popular recognition.

(Terach had reported his son to King Nimrod for destroying his idols. Nimrod condemned him to death by fire, but Avraham proclaimed that Nimrod had no power against G-d, and, indeed, for three days and nights, the masses watched in disbelief as Avraham walked amidst flames completely unscathed.)

But when Avraham Avinu defeated the Four Kings in war, the people glorified him and declared him king. Among the non-Torah nations of the world, respect and honor are bestowed only upon the powerful.

On Yeshayah 10:16 – “Therefore, Hashem will send among his fat ones leanness” – the Talmud (Sanhedrin 94a) comments, “Hashem said: Let Chizkiyahu, who has eight names, come and exact retribution from Sancheriv, who has six names.”

What difference does it make whether one has more or fewer names? Do parents call their child by six or eight names? Does giving a child more names mean he will be more powerful or successful?

The Talmud explains that Sancheriv’s many names were a tribute to his prowess and were earned when he was victorious in war and conquered various nations: Tiglas Pileser, Tiglas Pilneser, Shalmaneser, etc. Chizkiyahu wasn’t triumphant in wars; he only ruled over Yehudah and Yerushalayim.

Chizkiyahu’s successes were of a different nature. Chizkiyahu became king following the death of his idolatrous father Achaz, who destroyed the nation’s shuls and batei medrash. Chizkiyahu planted a sword by the door of every beis hamedrash and proclaimed that anybody who didn’t study Torah would be pierced with the sword. Later, a search was conducted, and no boy or girl, man or woman, in the entire country was found to be ignorant of the Torah’s laws, even the complicated laws of ritual cleanliness (Sanhedrin 94b). Chizkiyahu’s names are in honor of the yeshivos and batei midrash he built.

It is this legacy that Avraham Avinu left to his children and descendants – to guard the Torah and ways of Hashem. That was his strength and true victory. Our sages tell us that Avraham Avinu symbolized Toras chesed, the Torah of loving kindness. Commentaries ask: Is there a Torah that isn’t loving kindness? They explain: Some people learn themselves and are not involved with the betterment of the world. Toras chesed is Torah one learns and teaches to others, influencing them as well as future generations.

When we recite Shemone Esrei three times daily, we invoke in the first paragraph “the kindnesses of our forefathers” who enrooted Torah and chesed in their descendants so that they should be dedicated, inspired, and loyal servants of Hashem. Following in the footsteps of our forefathers, today’s generation of gedolei Yisroel, leaders, and teachers are moser nefesh to ensure the fulfillment of Yeshayah 54:13: “All your children will be students of Hashem.”

One of the great luminaries of our days, R’ Michel Yehuda Lefkowitz, was renowned for his mesiras nefesh in his mission to teach Torah and bring people closer to Hashem.

One day in Adar, R’ Michel Yehuda entered the hall of his yeshiva to give his regularly scheduled acclaimed Talmud lecture. A practical joker was in attendance and began surreptitiously throwing apple peels in the air. R’ Michel Yehuda was completely absorbed in his lesson and did not notice him. When the peels began to give off an odor, it became distracting, but the joker thought the situation was hilarious and continued throwing apple peels around until one, unintentionally, landed on the rosh yeshiva.

The silence was deafening. R’ Michel Yehuda stopped speaking, softly closed his sefer, and sat quietly for a quarter of an hour. Then the rosh yeshiva opened his Gemara again and resumed his shiur as if nothing had happened.

The “joker” sat in the back, head bowed, his face red with embarrassment. When the shiur was over, the rav closed his Gemara but remained seated. In a dispassionate voice, R’ Michel Yehuda said: One is obligated to react to such an incident. However, I am afraid I may have some personal bias, and perhaps even some anger. Therefore, I remained silent.

It was this moderate response, without a harsh word or reproof, that left a lasting impression on the student. From that day on, he turned over a new leaf. Years later he became one of the greatest Torah educators in Bnei Brak. He would always say that much of his success was due to the temperate reaction of the rosh yeshiva to an impertinent student in his class. 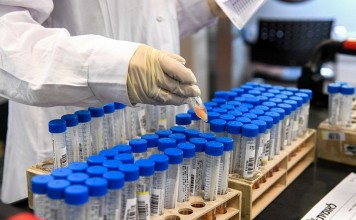