Rabbi Weiss: Dear Yetzer Hara! I’ve been thinking lately a lot about the various pitfalls that can disrupt a person’s worship in shul. Can you suggest any tips that can help people sidestep such hazards?

Yetzer Hara: Well, here’s one that’s worth the cost of their subscriptions: When choosing a place to sit in shul, do so with extreme care. Geography is very important when it comes to the synagogue.

Rabbi Weiss: Yes. In the first perek of Masechtas Berachos, the Gemara teaches us that a person should have a makom kavuah, a steady place, where he davens at all times. There are several reasons for this. Firstly, it is because our prayers are instead of karbonos (sacrifices), and the sacrifices were offered on the Altar that had a fixed position in the Temple courtyard. Therefore, we simulate the Altar by praying likewise in a fixed location. Secondly, when you pray constantly in the same place, one is less prone to distraction since one is used to that location.

Yetzer Hara: Yes, yes, this is true, but that’s not what I was referring to. I’m talking about choosing your neighbors in the synagogue with care. Sometimes, a person comes into a new shul and finds an easily available seat in the back and takes up residence there. This is a casual decision that can have grave repercussions on him and on his family for people in the back of the shul are generally far away from the influence of the rabbi and the voice of the chazzan. They tend to do their own thing which does not include much about prayer and spiritual devotion.

Rabbi Weiss: I once heard from Rabbi Avigdor Miller, zt”l, zy”a, the same important concept. He asks why Tehillim, the eloquent Psalms of Dovid HaMelech, starts out with such a negative concept as, “Ashrei ha’ish asher lo halach ba’atzas r’sha-im, uv’derech chato’im lo omad, uv’moshav leitzim lo yoshav – Fortunate is the man who does not go with the counsel of the wicked, who does not stand in the path of sinners, nor sits in the assemblage of the scoffers.” Why doesn’t Tehillim begin instead with a beautiful prose such as “Tov l’hodos l’Hashem – It is good to thank Hashem,” or “A’hal’lelah Hashem b’chaiyai – I sing to Hashem while I have life?” Rav Miller answers that it’s because the first step in a successful career of prayer is to avoid sitting with the scoffers.

Yetzer Hara: Oh boy, does he have that one right! The leitz, the scoffer, is my best friend! You know, the Gemara says, “L’tzonos achas docha mei-a tochachos – One cynical caustic mocking statement can ruin the effect of a hundred wise and thought provoking remonstrations.

Rabbi Weiss: The Hebrew word ‘leitz’ is made up of a lamed and a tzadik which means ‘learned’ and righteous’ for the scoffer thinks that he knows better and that he is really in the right.

Yetzer Hara: When a person foolishly sits near the wrong people, he exposes his children to all kinds of bad behavior. The child will see his own father inevitably schmoozing during L’chu n’ran’nah, he will see people guffaw at some of the rabbi’s comments, he will hear cynical comments like, ‘do you know how many times the rabbi said that already,’ ‘does he think he’s speaking to a simpleton?’ He will be exposed to people who come late to shul, fold their talleisim early to make a quick getaway, and traipse back and forth from the shul to the hall and visa versa as if they were at a smorgasbord at a wedding.

Rabbi Weiss: While we are on the topic of choosing your neighbors in shul, it is of the utmost of importance to daven amongst people who have a true desire to maintain a climate of shalom. I would go as far as to say that the shul that one chooses to daven in should have a mission statement dedicated to achdus and shalom.

Yetzer Hara: Rabbi Weiss, you sure are a killjoy. You must be aware of the rabbinical adage, “Machlokes achas doche mei’a parnasas – One good fight can ruin a hundred livelihoods.”

Rabbi Weiss: Sadly, this is why there are so many people who are unemployed these days. There is a powerfully fundamental Meam Loez in Parshas Kedoshim. (It can be found on the verse, “Lo sikom v’lo sitor.” [19:18]). The Meam Loez asks the basic question of why Hashem picked the Jews from all of the other nations to be his Chosen People. The usual answer to this historical question is from the verse, “Ki yidativ lemaan asher yitzave es bonov v’es beiso acharov – I have loved him [Avraham] for I know he will instruct his children and household after him.” In other words, the Jews are unique in their passion to transmit loyally and diligently their legacy and heritage…

Yetzer Hara: [interrupting Rabbi Weiss at this point] Rabbi Weiss, have you heard the problem of the children on the fringe?

Yetzer Hara: Well, one of the main ways that I get that to happen is by causing parents to be so busy that they forget their primary calling of spending time with their children to ensure the correct transmission of the mesorah (their Jewish heritage).

Rabbi Weiss: Yes, that’s another story for another time. But, back to the Meam Loez. He offers a different reason why the Jewish people were chosen. He says succinctly that we were picked by Hashem because of our ahava and achdus, our ability and desire to work at loving every Jew and trying to achieve oneness amongst ourselves.

Yetzer Hara: This is a tall order, as it states in Avos d’Rebbi Nosson, “Eizehu gibor? Ha’ose m’sono ohavo – Who is mighty? One who turns an enemy into a friend.” And this is the reason why the Hebrew word for peace, shalom, is the same letters as the word moshel, which means ruler for the one who is dedicated to people is the true ruler of his spirit.

Rabbi Weiss: The Meam Loez concludes with a proof to his contention that we were chosen because of our penchant for peace from one of the blessings on the morning krias shema. There we say, “Boruch Attah Hashem, Habocheir b’amo Yisroel b’ahava – Blessed are You, Hashem, Who chose the nation of Israel with love.” He suggests an alternate definition and that is, “Blessed is Hashem, Who chose the Jewish People because of their love for one another.” It therefore stands to reason that if we want to daven in a shul where the congregants are closest to Hashem and is a place which is hand-picked by G-d, we should find a minyan whose mispalelim make a sincere and constant effort to get along with one another.

To round off this discussion, I would like to conclude with two Talmudic quotes about peace. The first is from Maseches Derech Eretz Zuta [9] where it says, “A house where fighting prevails will eventually be destroyed.” The second is said by Rabbi Eliezer Hakkapur: “Great is peace for it outweighs everything! It is for this reason we say in Shacharis, ‘Oseh shalo-m uv’orei es hakol – He (Hashem) makes peace and creates everything.’” The obvious implication of the verse is that peace is equal in importance to everything else! In the merit of our lifelong pursuit of peace, may Hashem bless us with long life, good health, and everything wonderful. 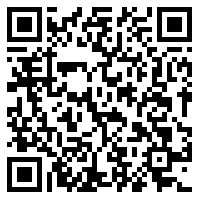