Multiple people have been killed and wounded in the Haredi town of Elad, by terrorists armed with a pistol and an axe. The terror attack happened on Thursday evening. Eli Bin, head of MDA, has confirmed 3 dead in the attack. Two more are in serious condition, one is in moderate condition and one is lightly wounded.

One of the victims attempted to stop the terrorist, and managed to physically attack him.

Residents are being told to stay in their homes and lock their doors.

It is now confirmed there are at least 2 attackers. One has been neutralized by gunfire. A manhunt is ongoing for the second suspect, and maybe even more terrorists. Police have locked down all the exits from the city. They suspects the other terrorists may have driven off in a car.

A few days ago, Yahya Sinwar, the head of Hamas, called on the Arabs to commit terror attacks with axes and guns.

United Hatzalah volunteer EMT Moshe Sa’adon, the head of the Elad chapter for the organization who was one of the first responders at the scene said, “Unfortunately, one of the people injured in the stabbing incident was pronounced dead at the scene. We had performed CPR on him in an attempt to save his life but were unsuccessful.

The Psychotrauma and Crisis Response Unit from Untied Hatzalah is active at the scene and providing emotional stabilization to a number of people suffering from emotional and psychological shock as a result of having witnessed the incident. 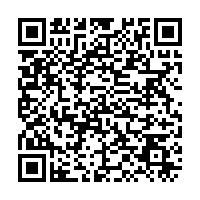