In this week’s parsha the Jewish people once again express discontent that “there is no food and no water, and [they are] disgusted with the insubstantial food” (Bamidbar 21:5). Hashem sent venomous snakes to attack them and many people died. Hashem then instructed Moshe to place a copper serpent on a pole and “it will be that anyone who was bitten will look at it and live.” It is noted in Melachim II (18:4) that King Chizkiyahu destroyed that copper snake, which the Jewish people had begun to worship.

Concerning this event, the Talmud (Rosh Hashanah 29a) asks: Did the serpent kill, or did the serpent preserve life? The explanation is given that when the Jewish people looked upward and subjected themselves to their Father in Heaven, they were healed, but if not, they died.


To expound on this concept, the Zera Shimshon cites the Talmud (Brachos 33a) which teaches that if one is in the midst of his prayers, even if a snake is wrapped around his heel, he may not interrupt his prayer. However, the Talmud notes that this is only with regard to a snake, because if one does not threaten the snake, it will not bite him and will eventually uncoil and not harm the individual. The Shulchan Aruch (104) clarifies that if the snake is poised to strike, though, then one should immediately move from his place.

The Talmud then tells of R’ Chanina ben Dosa who was called to help in a city where the inhabitants were being injured by a snake. When R’ Chanina saw the snake emerging from its hole, he placed his heel over the mouth of the hole. The snake bit him and died. R’ Chanina then brought the snake on his shoulders to the beis medrash and announced: It is not the snake that kills, but the transgression that kills.

The Talmud in Yerushalmi explains that R’ Chanina was in the middle of prayer when the snake bit him, but he did not feel anything as he was so intensely focused on his prayers. The potency of this particular snake’s venom was contingent on reaching a source of water first. Hashem made a miracle and created a wellspring beneath his feet and he was saved. Our sages discuss whether it was proper for R’ Chanina to step on the snake, thereby placing himself in danger. Doing so goes against the admonition of our sages (Shabbos 32a) that one should never stand in a place of danger and say that Hashem will perform a miracle for him, lest no miracle will be performed. And even if a miracle is performed, it would be deducted from his merits.

The Zera Shimshon counters that R’ Chanina was accustomed to experiencing miracles, and therefore he did not fear the bite of the snake. However, asks the Zera Shimshon, what was original about R’ Chanina’s remark that it is sin that kills? We already know from Koheles (10:11) that the snake derives no benefit when it bites a person.

The Zera Shimshon explains that herein lies a fundamental concept regarding the service of Hashem. He notes that there are individuals who have difficulty overcoming the yetzer hara (evil inclination). In fact, if they are challenged by the evil inclination, they immediately surrender because they believe that the confrontation itself is an indication that they cannot be successful. R’ Chanina established that the snake only harms someone who has transgressed. Moreover, if the snake attempts to injure someone who successfully triumphed over the yetzer hara and did not transgress, then the snake is immediately destroyed.

As man struggles throughout his life to overcome and defeat the yetzer hara, and his deeds are constantly evaluated. When one performs even an insignificant deed of chesed, for example, he may earn an incalculable reward; likewise, the retribution for a seemingly minor transgression may also be considerable. One must always look upward towards Heaven and recognize that everything in life comes from Hashem.

A man woke up one morning and realized that inexplicably he could not move his middle finger. Although he felt no pain in his hand or finger, the middle finger was incapacitated, as if paralyzed. A visit to the doctor revealed no explanation for this complication.

As the man contemplated the situation, he considered the possibility that his disability was caused by a spiritual shortcoming that needed rectification. Our sages tell us that man’s 248 limbs correspond to the 248 positive precepts in the Torah, and his 365 sinews correspond to the 365 prohibitions in the Torah. What transgression had he committed with this finger?

Hashem soon provided him with the answer. The man was a Kohen who blessed the Jewish nation every day. When the Kohen ascends to the platform, he unwinds the tefillin strap that is around his middle finger. After Birchas Kohanim, when he returns to his seat, the Kohen is supposed to rewind the strap around his middle finger, an intimation of the marriage between Hashem and the Jewish nation. The man realized that he had fallen into the habit of neglecting to rewind the strap around his finger upon the conclusion of Birchas Kohanim.

He immediately resolved to correct that lapse, and within a short time the finger once again regain full mobility. 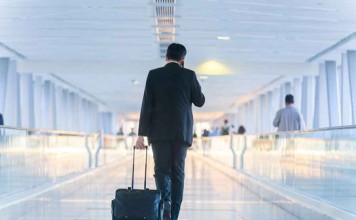 Is it proper for a husband/father or wife/mother to leave their family for an extended period of time? 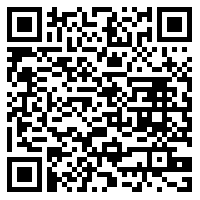