Naftali Bennett lived with his family in Teaneck, NJ, for two years, writes The Jewish Standard editor Larry Yudelson (When Israel’s prime minister lived in Teaneck), adding that the new PM “was a student at the Yavneh Academy, which moved from Paterson to its current Paramus address during his time there.”

Everybody loves favorite son doing good stories, and the Jews of north Jersey are no different, apparently. For instance, did you know that the Bennetts lived in a house on Sussex Road at the corner of Emerson in Teaneck, across the street from Murray and Batsheva Goldberg?


Mrs. Goldberg told the Standard she remembers young Naftali as “fun-loving, quick, smart, very, very friendly, fun to be with.” Also, he and his two brothers “were in and out of our house all the time.”

One classmate, who asked to remain anonymous, told Yudelson that Bennett was “the fastest runner on the playground.” That was probably confirmed these past couple of months in Israel when the fastest lad from Teaneck outran Bibi Netanyahu.

Another anonymous classmate (what are they afraid of? – DI) recalled: “He was a good athlete. Fast. Skinny. He integrated himself into our punchball games. He was a very nice kid. Friendly. He wore his tzitzis hanging out.”

But the Yavneh Academy veteran secretary Rebecca Gordon did not recall the boy who became leader of the Jewish State (for two years). According to her, “They were unusually smart, a really bright class,” but “I don’t remember Naftali Bennett at all.”

Young Naftali Bennett attended the Yavneh Academy from the fall of 1979 through the spring of 1981, according to Yudelson. Back in February this year, the Yamina chairman was interviewed by a former classmate, Rabbi Efrem Goldberg, now the senior rabbi at the Boca Raton Synagogue in Florida. Goldberg asked Bennett what he took away from his years in America, and the PM wannabe said: “Being in America back in ’79 to ’81 was a meaningful experience for me. Only when I was in America did I fully learn to appreciate how great it is to be an Israeli, to have a state where everyone around is Jewish. It was very meaningful, especially in terms of my understanding of how important it is to have a strong Jewish identity. I missed Israel very much when I was in Teaneck.”

And Bennett joked: “Teaneck back then was not yet Israel. We annexed Teaneck a few years ago.”

Bennett also told his old neighbor from Teaneck that should he become prime minister, he would be wearing two hats, one belonging to the leader of all Israeli citizens, “Jews and non-Jews alike, and I’m responsible for all of them equally,” and then, he added, “I’m also the leader of all Jews around the world because Israel belongs to you.”

Please note that he said it in February when common sense and the vast majority of pundits in Israel suggested it just wasn’t possible for the leader of a six-member, right-wing Knesset faction to become prime minister of a coalition government that includes Meretz, Labor, and Islamist Arabs.

Perhaps it’s because he started to wear his tzitzis inside. 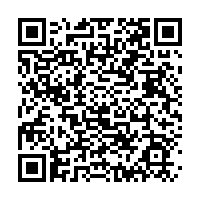