Often unnoticed by even careful readers, something highly unusual happens in this week’s parsha: That something is nothing! What I mean is that after giving a very detailed account of the Jew’s exodus from Egypt and its aftermath, the Torah suddenly – and without explanation – fast forwards to the fortieth year. And then, as if this was the most natural thing in the world, it reverts to telling us about the fortieth year with the same amount of intricate detail as from where it left off. Perhaps even stranger is that this gap is not even discussed. Not only are we not told what happened during that time, but even the elapsing of that time is not given a passing mention.


I am not one for fanciful speculation, but I believe that there are two things we can be relatively certain about concerning this nearly 38 year gap: The first is that it is highly unlikely that it was marked by any major events. By its conclusion, we not only do not note any changes in the top leadership (indeed it is only upon its culmination that we read about such changes), we also do not notice that anything else has changed either. Beyond the lack of evidence of untold major events when the narrative picks up, it seems highly reasonable that had such events actually taken place, the Torah would have reported them. The second thing we can surmise is even more certain than the first. And that is that this time was marked by the type of day-in, day-out experiences that make up normal human life.

Of course, these years were not completely mundane either. For one, the Jews’ very existence in the inhospitable desert was a miracle. Granted, the regularity of their supernatural food and shelter would have likely made them into what is known as a nes nistar, a hidden miracle. Nevertheless, both directly and indirectly – given the time freed up by God’s support – they must have experienced heightened awareness of God. Another important difference is that they were led – spiritually, educationally and politically – by one of the most talented set of leaders ever known to mankind. While the Torah also wants us to be aware of the failings of these leaders, who could not be envious of those that were privileged to live in the company of such outstanding personalities?

What all of this means is that it was the vehicle of time that was used to accomplish that which drama, excitement and inspiration did not. For all three of the latter elements were front and center in the sturm und drang of the first year and a half after the exodus from Egypt. And yet these items did not sufficiently impact on those that lived through them to prepare them for God’s project of creating a model Jewish state in the Land of Israel. Rather that would only be accomplished by the quiet passage of time, a time in which the leadership was free to actually teach; and the people were available to actually listen to and eventually internalize what they were being taught.

And learn they did! A close reading of Sefer Bemidbar shows that the generation brought up in the desert would become ready to accomplish what their parents could not. For – in spite of problems that superficially resemble the old ones – the new generation was largely imbued with an internalized trust of God that allowed them to take on their antagonists on both sides of the Jordan. I am fond of pointing out the embodiment of that change by the ratio of tribes that were behind the project as opposed to those who were against it: In the debacle of the spies, the ratio was 10 to 2 against the project; whereas when Gad and Reuven possibly suggested staying outside of the Land – which is why Moshe perceptively compares them to the spies – the only reason Moshe was able to keep them under control was because he now had the support of the other ten tribes.

Very much like the difference between the miraculous first set of tablets that were destroyed and the more mundane second set tablets that would survive, the second generation had to be crafted by steady, time-consuming human effort. Because their construction and composition were natural, they would require more divine protection – protection that would come in the form of the absence of events to disturb the steady work occurring on the human level. Yet it is precisely because the work that did take place was less dramatic and required human participation that it created its own more organic resilience. And so – perhaps even most important – it would serve as the best model for the future.

And don’t forget to listen to this week’s related podcast, Bulls and Bears, Evolution and Why R. Yehoshua Preferred Shortcuts! 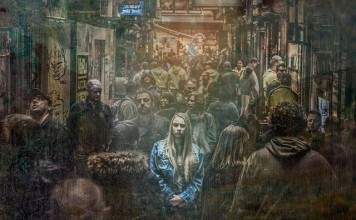