“…according to whatever comes from his mouth he shall do” (Bamidbar 30:3).

Speech is extremely powerful. It even created the heavens and the earth, as Tehillim 33:6 states: “By the words of Hashem the heavens were made.” (And since we are created in the image of Hashem, our speech also possesses great power.)


The Doresh Tzion cites a fascinating passage in the Zohar which states that before a person is created, Hashem summons the angel appointed over pregnancy whose name is Laylah (see Iyov 3:3: “The night said: A woman conceived”). He then calls out all the letters of the aleph beis and creates the embryo, breathing into its nostrils the spirit of life. We thus see that a child is also created through speech.

David HaMelech was originally supposed to die in his mother’s womb. However, he prayed, as Tehillim 86:17 states: “asei imi os l’tovah – give me a sign (os) for good,” which can also be understood homiletically as, “Give me the letters of the aleph beis so that I merit to be born while still viable.”

The Ari writes that in the future, the 22 letters of the aleph beis will descend and, through them, everyone will be resurrected. Rabbeinu Bechaye adds that the dead will be resurrected in alphabetical order – people with names beginning with aleph will be resurrected first, followed by those whose names begin with beis, and so on. The only exception will be the modest and humble who will precede everyone else, as Tehillim 37:11 states: “The humble shall inherit the earth.”

The Vilna Gaon says speech is highly complex and consists of five components: ratzon – the beginning of the thought; machshavah – the abstract idea; hirhur – the preparation for verbally expressing the thought; kol – the voice; and dibbur – the verbal articulation. The ratzon emanates from one’s soul; the machshavah from one’s mind; the hirhur from one’s heart; and kol and dibbur from one’s throat and mouth.

A Jew once drove to a distant city, passing through a small non-Jewish town where a processing plant for non-kosher meat was located. He was surprised to see a familiar car parked outside the plant, belonging to the kosher butcher from his hometown. He was even more amazed to see the butcher apparently conducting business with the establishment, walking in and out of the building as if he were a regular visitor.

His heart began to pound as he contemplated the possibility that the butcher had compromised the integrity of his business and was selling non-kosher meat to all his Jewish customers. If so, his kosher certification was counterfeit; he was buying cheap non-kosher meat and selling it for a higher price as kosher meat. He looked again to verify that it was, in fact, the butcher’s car and saw that it was.

When the Jew returned home, he told everyone what he had witnessed. Everyone immediately stopped buying meat from the accused butcher, and without customers, the butcher was soon forced to close his store. When he walked in the street, people turned aside and whispered about his deceit. The butcher was embarrassed to go out, and he stopped attending shul. A few months later, the butcher suffered a heart attack from the shame and died.

No one mourned his death in town. People breathed a sigh of relief that they were rid of a sinner who had caused others to sin. His family was left without an income.

A while later, the Jew happened to drive through that same non-Jewish town when suddenly his car broke down right outside the non-kosher meat processing plant. He got out of his car and went to the door of the building to ask for help and to use the phone.

As the worker helped him push his car off the road, he remarked, “What a coincidence! This is the second time a car driven by a Jewish person has broken down at our door. About a year ago, we had the same situation.”

“Did you know him?” the man asked.

“Yes. He owned a small kosher butcher store in one of the Jewish communities,” the worker replied. “He came in to make a number of calls and also called the towing company.”

“Do you happen to know what day his car broke down?” the Jew asked nervously.

The worker thought and managed to pin the day to the very one on which he had seen the kosher butcher walking in and out of the building.

The man was heartbroken as he realized that he had falsely accused an innocent man. The butcher wasn’t conducting business in the processing plant; he had merely gone in to ask for help because he was stranded. All the meat in his establishment was kosher l’mehadrin and the kosher certification was authentic. He had ruined the man, his family, his life and his income. How could he ever make up for what he did?

He consulted rabbanim, who told him to go the kever of the butcher with a minyan of people and beg for forgiveness from the depths of his heart for the great pain he had caused. He was also told to establish a fund for the family, who had been left penniless.

The Jew later repeated this story wherever he went to illustrate the powerful impact of speech and how careful a person must be with his words. 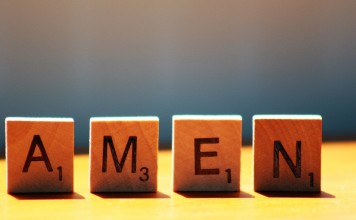 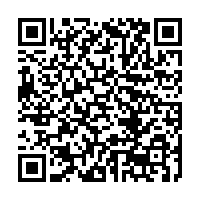