This is the last of seven haftarot of consolation that have brought us from Tisha B’Av to the High Holidays. In it we encounter the well-known verse, “Upon your walls, Yerushalayim, I have stationed guards all day and night” (Yeshayahu 62:6). We already have a clue that these are not earthly guards because of their service all day and night. Ibn Ezra points out that typically guards serve in shifts – the day guard retires at night, the night guard during the day.

It is also noteworthy that often in exegesis of Scripture, day and night correspond to sovereignty and exile, respectively. Rashi follows this reading, stating that the malachim are stationed as guards through destruction and rebuilding. He references the Gemara in Menachot (87a) which ties the pasuk in our haftara to another that figures prominently in the Selichot we recently began to recite and will continue reciting until Yom Kippur. The Gemara asks: Since these malachim are stationed as guards upon the walls of Yerushalayim eternally and at all times, what do they have to say in times such as these when the city is in ruins?


Raba bar Rav Shila taught: “You will arise and be compassionate to Tzion because it is time to show her chen, the occasion has come.” (Tehillim 102:14). The Ben Ish Chai, in his commentary on the Gemara, titled Benayahu, explains that that when the redemption occurs it will follow two complementary patterns. The first of these is chen, which he interprets as kindness without reason or boundaries. The second is the coming of the occasion itself. This recalls something we saw recently in last week’s haftara – “I am Hashem, in its time I will hurry it up.” (Yeshayahu 60:22) There, “the time” is expressed as “ba’ita,” while here the malachim are saying the occasion (or festival) – “moed” – has arrived. It is sped up, Chazal teach, because we are worthy; or else, here following the Ben Ish Chai, even – and especially – when we are not worthy. Then it is time to show boundless kindness.

The Gemara also asks: Since the malachim are always stationed on the walls of Yerushalayim, what do they say when the Beit HaMikdash is standing and Bnei Yisrael are faithful in service of Hashem? Raba bar Rav Shila answers again: “Hashem has chosen Tzion, He desires it for His dwelling place.” (Tehillim 132:13). The Maharal in Chidushei Aggadot discusses the stationing of malachim on the walls of Yerushalayim when she is built and also in her destruction. He explains that it is essential to the nature and significance of Yerushalayim that she always be guarded. This is because Yerushalayim is not only the site of the future redemption and ingathering of exiles, but it is the necessary component – the crucible in which this process occurs.

The malachim can only say that Hashem has “chosen” Yerushalayim in a time when Israel is actively serving Hashem in the Beit HaMikdash, but Yerushalayim is always chosen whether in practice or in potential. In fact, when Israel is gathered again together under the walls of Yerushalayim (and their heavenly guardians), they are also brought under the protection of the Most High – the malachim who stand guard are merely signifiers of the true Guardian of Israel who never sleeps in the day or the night.

But the word we translated as “desires” in the above-mentioned verse (“He desires it for His dwelling place”) is in fact difficult to translate. “Iva,” the Hebrew word in the pasuk, seems to be an unusual form of the verb “to be,” hove. It would literally be understood as “I cause it to be,” alluding to the creative nature of Hashem’s will. If He desires something, then it necessarily comes into existence. The Ben Ish Chai interprets this word in the name of R’ Moshe Alshich, an important figure in the Tzfat school of Kabbalah and a contemporary of the Arizal. The Alshich explains that this is a compound word joining letters of the Divine Name with the Hebrew word for throne. Thus, Hashem is “seated” in His dwelling place when His creative will is made manifest in the physical world through the service of Israel in the Beit HaMikdash – under the walls of Yerushalayim – which together merit His constant protection. 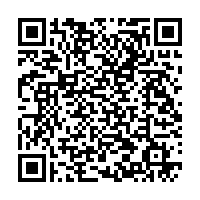