Yom Kippur approaches and memories crowd my mind. I see my saintly father, HaRav HaGaon Avraham HaLevi Jungreis, zt”l. I see his holy countenance, his beautiful face upon which the Shechinah rested. I hear his voice – a voice that penetrated the heart. Those who heard it never forgot it.

I usually sent our children to my parents for Yom Kippur so that they might stand at his side, for I knew the experience would forever be embedded in their souls. When my father came to the prayer of the martyrdom of the ten holy sages, his weeping was so powerful that the walls seemed to tremble in awe.

One Yom Kippur my son asked my father, “Why is Zeide weeping so much?”

My father told him that when Zeide pronounced the prayer of the ten holy martyrs, he always saw his own father, HaRav Ha Gaon Yisrael HaLevi Jungreis, Hy”d, being driven into the gas chambers with his year-old grandson in his arms. Many years have passed since then – my children have become grandparents – but the memories of Zeide’s tears remain forever etched on their hearts.

And then there are the memories of my saintly husband, HaRav Meshulem HaLevi Jungreis, zt”l, whom our first grandson dubbed “Abba Zeide,” which remained his name throughout his life. When my husband led his congregation in Neilah services, he was not only the rabbi but he pleaded as Abba Zeide for everyone. It was as Abba Zeide that he petitioned the Almighty and placed the prayers through the gates before they locked.

I see my beloved mother, Rebbetzin Miriam Jungreis, a”h. I see her shining face and the beautiful white tichel adorning her head. No one ever referred to my mother as “Rebbetzin”; everyone called her “Mama,” for she was a “Mama” to everyone. When the fast was over, everyone in the synagogue partook of the table Mama had lovingly prepared – not only for her children and grandchildren but for everyone. And she did this every year, even in her old age.

How did she do it? How did she find the energy? The answer is simple. She was “Mama.”

I remember my father’s words as he looked out at his congregation on Kol Nidre night. My father would speak in Yiddish, and year after year he began with the same message: “Tiere Yiddishe kinderlach – My dearest Jewish children, there are people sitting in our midst who, tragically, are not speaking to their parents, and parents who are not speaking to their children…brothers and sisters who are not communicating with each other.”

Even as my father spoke, he wept. “After we went through such a catastrophic Holocaust – a barbaric, savage slaughter never before seen by humankind – how can it be that Jews should turn against one another in animosity and hatred? How can it be that this hatred is directed against a brother, a sister, a mother, a father?

“It is Kol Nidre night. Let everyone resolve in his heart to embrace his siblings and return to his mother and father.”

It was only after speaking these words that my father would commence the Kol Nidre service.

As a young girl I always had difficulty comprehending that message. Can it be, I wondered, that there actually are children who do not speak to their parents, and siblings who do not communicate with one another?

Having been raised in a family of survivors – most of our relatives were consumed in the gas chambers and the flames of the crematoria – I saw my parents desperately searching for family members who might have survived. The most distant cousin became a first cousin, and those who came from the same shtetl or city suddenly became close relatives as well.

So I had difficulty identifying with my father’s message. I was young and naive. I automatically assumed that all parents were like my own, that all mishpachas were like ours. Sadly, today I know differently. Time and again I have encountered hatred that divides families – families in which communication has virtually ceased.

I could share many horrific stories related by victims who come to consult me, seeking solace and some guidance in their torment – like the widowed bubbie who was not permitted to attend her grandson’s bar mitzvah. She summoned the courage to go anyway, just so she might give a kiss and wish mazel tov to her grandson. Her children had anticipated this and hired guards to prevent her entry.

And then there are stories of siblings who sued each other after the demise of their parents – always over money. By the time they finished, there was very little left of the estate – nearly everything went to the lawyers. Perhaps even more tragic, the conflict resulted in walls of hatred that did not allow cousins to know each other.

Sadly, there are a thousand and one such examples – one more tragic than the next, all testimony to the reason for our long, dark, painful exile and the threats looming today as the lives of our people are once again on the line.

My father’s message rings loud and clear and is more urgently needed than ever, but those who should hear it are not listening. They have encased themselves in a cocoon of hatred, rendering them incapable of hearing or seeing.

When will we wake up? When?

May Hashem have mercy upon all of us and grant us a gemar tov – a blessed New Year. 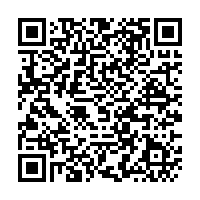