As a thousand or so J Street supporters (the PR predicted “over 3500 delegates”) came together Saturday night in Washington, D.C. for the anti-Israel, leftwing (the PR called them pro-Israel, pro-peace) group’s annual conference, the speeches, notably president and founder Jeremy Ben Ami’s, focused on the urgent need to fight “the dark clouds” of President Trump’s Administration.

“Our challenges are not limited to the Middle East,” Ben Ami said Saturday night, and, according to Ha’aretz, his membership’s reactions proved the “pro-peace” group has morphed into an “anti-Trump” identity, viewing Trump’s actions on immigration, freedom of the press and race with greater urgency than, say the building of a couple hundred settlement homes in Judea and Samaria.

Still, according to Amir Tibon, reporting for Ha’aretz from DC, the loudest boos from the crowd still came when Ben Ami mentioned David Friedman, the presumed next US ambassador to Israel, who recently apologized for suggesting the J Street folks were “worse than Kapos.”

Every time Ben Ami mentioned Trump’s name, the crowd rang small bells they had received at the door, in the tradition of making noise when the Megilah reader mentions Hamman. Although anyone familiar with the Megilah’s narrative would pick Trump for the role of King Achashverosh, while the role of Hamman should have gone, to follow this logic, to a certain special White House adviser who shall remain nameless. 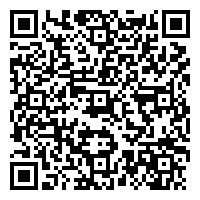