A #ShameOnTheUN rally taking place tomorrow, Thursday, January 12, at 12:30 PM, in front of the French mission to the UN, 885 Second Avenue, NY, NY, will “send a strong message prior to the Mid-East Summit in Paris being held January 15,” according to rally organizers.

The rally will take place amidst rumors that the Paris conference will result in recognition of a Palestinian state, which will be followed by a UN Security Council resolution confirming the statehood, this time binding, on Tuesday, January 17, with the US either voting in favor or abstaining. Such a resolution could be the foundation for future sanctions against Israel should it refuse to comply by removing its settlements from the newly invented state alongside its border.


“We will NOT allow the UN and her gang of Israel haters to target Israel unjustly,” state the rally organizers (all caps in the original text). “NO MORE Anti-Israel documents or resolutions! The UN’s attempt to revise and erase Jewish history is deplorable. We call on the UN to focus on REAL issues such as Syrian Genocide and Global Islamic Terror instead of vilifying Israel unjustly.”

The following organizations have declared their support for the rally, according to the Israel Forever foundation’s Facebook page:

Standing with the Kurds 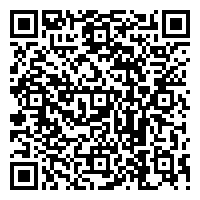