In response to my recent articles describing the odysseys of secular Jews who found their way home, I received much e-mail. One is the story of a young woman whose journey is typical of the angst with which assimilated Jews often struggle. But what is obvious in this woman’s journey is Hashem’s Providence. We need only open our eyes to discern it.

“I grew up in a typical American Jewish family in a New York suburb and “had a bas mitzvah” when I was 13. I recited some prayers, and then had a party with a DJ and non-kosher food. My parents sent my brother and me to Hebrew school for a while.


Sometimes we lit Shabbat candles, but then went on with our weekly activities. Passover was one of my favorite holidays, along with Halloween and New Year’s Eve.

However, my parents always stressed the importance of marrying Jewish. My parents didn’t come from observant backgrounds, so they could not give us what they had never experienced. Most probably the last “religious” people in my family were my great-great grandparents. With all that, I am grateful to my parents for raising us with a lot of love and caring. Years later, that love allowed me to discover Torah.

Fast forward to my teenage years. When I was 10, my parents divorced and about five years later, my mother relocated to Florida. That proved to be a culture shock because I had never seen a town with so many wealthy people. I was very turned off by the materialistic lifestyle there and I didn’t want to stay. So, at 16, I moved back North, and shared an apartment with my best friend.

I was kind of a wild teenager, but still focused, keeping a full-time job while going to school. I liked dating different boys, none of them Jewish, and going to clubs on the weekend.

After high school, my father also moved to Florida, and I began attending college, so that I could get a teaching degree. I had heard that there was a great need for public school teachers in NYC.

After graduation, I found a job at a daycare center and adopted two pet dogs for company. Around then, I began praying every day. Every evening, when I walked the dogs, I would say in my head, “Thank you G-d for my family, friends, health, job, apartment, my dogs, etc.” I also prayed that G-d guide me in the right direction to serve Him and to do His will.

I had a serious boyfriend who was an African-American Muslim. I liked him because he was kind, honest, generous, and especially because he valued family a lot. I had thought about marriage, and knew that I wanted to raise my kids Jewish. At that time, I was working with a public adoption agency because I wanted to adopt/foster children.

My boyfriend told me that his two nieces were in foster care and he was trying to adopt them. I told him that I would like to join him. From then on we were kind of unofficially engaged to be married. As we visited with the children, and the legal process began, we told the caseworkers we were engaged. I began thinking about the children. I had started to light Shabbat candles, but the more I thought about marrying my boyfriend, the more I realized that you can’t have a home with husband and wife going in different directions.

I also realized that I couldn’t raise Muslim girls if I had a Jewish home. Nevertheless, I took the popular view that if two people love each other, everything can work out. Only later did I realize that getting along and loving one another is not enough. You have to be following “The Same Book” and be on the same page.

Around then, my father was given a copy of your book, Life is a Test. He mailed it to me, and I read it. I decided that since Hineni was not too far from my apartment I should go to a Torah class and check it out. When I came to the class one Thursday night, you, Rebbetzin, happened to be away, but your daughter- in-law, Rebbetzin Yaffa Jungreis was speaking. I had not known many observant women before, but I liked how Yaffa seemed very down-to-earth and humble.

After class, I spoke to her and found her very sweet and understanding. She invited me for Shabbat, and I ended up going. I took the subway, and wore a T-shirt, and Chinese slipper shoes, the kind that most people wouldn’t wear out of the house. Yaffa was very warm and welcoming and said nothing about my clothes, which I felt embarrassed about after arriving there.

I told her about my situation, and how I still had strong feelings for my “boyfriend.” I saw her family, and thought to myself how beautiful a Torah family is. That was mid-summer. Shortly afterwards, Yaffa gave me a Siddur as a birthday gift. It was an invaluable gift, from which I have been davening since then.

At the end of that summer, I was fortunate enough to go on a Birthright Israel trip. I almost didn’t go because I wanted to get ready for the foster kids, but my mother said that I better go now, before I had responsibilities. I signed up for the all women’s group, because I wanted to learn from the religious young women. Almost all the other groups were co-ed and not religious.

The other girls were younger, about 18 or 19, and I noticed how pure and wholesome they seemed. They were not worried about boy problems like I had been at that age. They were waiting until marriage, and until then, enjoying their friends, school, etc.

I prayed to G-d to send me a sign of what to do, because I still had strong feelings for my “boyfriend,” even though I knew it wasn’t right. And G-d did send a sign. One night in Israel, I had a dream that if I stayed with my boyfriend, something bad would happen to my precious dogs! That was enough of a sign for me. I decided then and there that it was over.

When I returned home I went to a few more Hineni classes. I noticed that there were free copies of The Jewish Press there, and began reading. I saw an ad for a free Chumash with a new subscription. “Wow, good deal, I could use the newspaper and the Chumash.”

Soon the school year began, with the two girls living with me, and my new Chumash and The Jewish Press coming in the mail. I started trying to keep Shabbos more and more, and looked forward to reading the parshah each week. I also began to daven regularly from the siddur Rebbetzin Yaffa gave me.

I gradually made my kitchen and “my clothes” kosher. I got rid of my pants and T-shirts, and, through The Jewish Press, read more books on Judaism.

Soon afterward, I met an Ethiopian young man who had come to the U.S. to study in Yeshiva. We dated a month or two before we became engaged. We were married in June, after the school year ended, and the girls went to live with their uncle, my ex-boyfriend.

I had some health issues and the doctor said it would be difficult for me to get pregnant, but miraculously, when I got married and started keeping the laws of Taharas HaMishpachah, I had a full recovery, and later that year, we found out that Baruch Hashem, I was expecting! We moved to a wonderful Orthodox community in Brooklyn.

We had lived there for only about a week when, Baruch Hashem, I gave birth to a beautiful little baby on Shemini Atzeret. And that’s my story, the moral of which is, “We need only take one step toward Hashem and Hashem will take one thousand steps toward us.”

Postscript: My dear friend…. May I add a little postscript to your story? You may not know the amazing circumstances through which your father obtained my book, and our readers surely do not.

I was on a speaking tour of Florida and by the time I reached the synagogue to which your father came, I had lost my voice and couldn’t speak. Nevertheless, the rabbi asked that I put in an appearance so as not to disappoint the crowd. In lieu of my speech, your father was given a copy of my book, which he sent to you. And then, the night you visited Hineni, I was speaking elsewhere, but my daughter-in-law, Rebbetzin Yaffa was there and invited you for Shabbos.

Were all these events coincidences? Think about it…. I lost my voice – as a result, your father obtained a copy of my book, which he proceeded to send to you. The night you came to Hineni was one of those rare occasions when I was speaking elsewhere. As a result, you met my daughter-in-law Yaffa who invited you for Shabbos…and you saw a beautiful Torah family.

I could go through every part of your letter and point to Hashem’s Guiding Hand. We need only connect the dots to see it, or as you yourself so beautifully expressed it, “We need only take one step toward Hashem and Hashem will take a thousand steps toward us.” 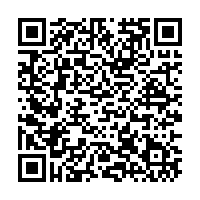