I continue to hear from readers who bemoan the escalation of anti-Semitism throughout the world. Once again Jews are being demonized, though in many cases “Jew” has been replaced by “Israel.”

How do we understand this hateful obsession with Jews? As I’ve been emphasizing these past several weeks in my series of “Dusty Windows” columns, everything in Jewish history is replay, going all the way back to our first bondage in Egypt.


Our sages teach that our forefathers in Egypt merited redemption because they did not alter their Jewish names, mode of dress, or language. These basic values were sadly missing among our assimilated brethren in Europe in the years prior to the Holocaust. It was so common for Jews to have only secular names that one of the Nuremberg Laws mandated that every Jew assume a Jewish name in addition to his secular one – Israel for males and Sarah for females. For example, Eva became Eva Sarah; Oscar became Oscar Israel. Even if a Jew wished to escape his identity, Hitler reminded him that he could not.

As the prophet Ezekiel proclaims, “That which enters your mind shall not be…. Let us be like the nations, like the families of the land. As I live, this is the word of the Lord. Surely I will rule over you with an outstretched arm, with an outpouring of fury.” G-d will not allow us to assimilate even if we so desire. If we refuse to acknowledge we are Jews, there will be those who come forward to remind us.

In a documentary on the Holocaust, a survivor related that when one of the Czech transports arrived at Auschwitz, it was apparent that many of the Jews aboard had deluded themselves into believing their group would be treated differently from the “Ostjuden” (“Eastern Jews,” as the Germans referred derogatorily to Polish Jewry).

Not long after their arrival, the Czech transport was taken to the gas chambers. The survivor reported that when the people realized their fate, they panicked and then broke into spontaneous song. No, not a Jewish song or a Jewish prayer but the Czech national anthem. They sang that song because in the last moments of their lives they felt a need to give voice to their spirit and they knew no other song.

Can there be anything more tragic than to be killed because you’re a Jew and yet not know what it means to be a Jew?

It is not my intention to cast aspersions or judge; I tell this story only so that we may learn from the past and not repeat the tragedy of yesterday.

Think for a moment. If, G-d forbid, our generation today would be called upon to sing a song of faith, what song would the majority sing? How many of our brethren today even know their Jewish names? And what of the other two attributes that rendered our ancestors worthy of redemption – the retention of their Jewish dress and their unique Jewish language? Jewish dress is not reflected only by a tallis and yarmulke but also by modest, dignified clothing for women as well as men. And language means not only prayer and knowledge of the holy tongue but also refraining from speaking lashon hara and other hurtful, vile words.

How different is our generation from those that preceded us? Have we become wiser? Have we learned from our past?

I know there are many committed Jews among us, but there were many in pre-Holocaust Europe as well, and unfortunately that did not change the reality of the multitudes that assimilated, nor does it change it today. We are a nation with one destiny, responsible for one another. This is not my personal belief but the Word of G-d given to us at Sinai. 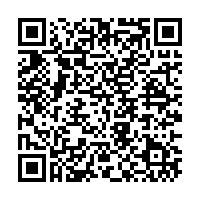