Moriya Kaniel and her three children were among three Israeli families who were ordered to evacuate their homes in Ma’ale Rehavam because of a court-ordered home demolition operation carried out by Israeli security forces on Wednesday, May 15.

Eight buildings including the homes of three Israeli families were destroyed on Wednesday in Ma’ale Rehavam, an outpost of 35 families located in east Gush Etzion, south of Jerusalem. The demolition had been part of a larger operation brought about by a Peace Now petition demanding that the government remove the structures.


“It is a very traumatic experience to see your home destroyed. I felt like my body was breaking watching my home being razed,” Kaniel told Tazpit News Agency in an interview following the demolition.

In 2007, Peace Now filed a petition calling for the destruction of structures in six outposts, and in 2011, the state agreed to evacuate the structures. Certain structures across Judea and Samaria including in Ma’ale Rehavam, Mitzpe Yitzhar, Ramat Gilad, Givat Hara’a, Mitzpe Lachish and Givat Assaf were determined to have been built on private Palestinian land. According to the High Court of Justice ruling in November 2013, the structures were illegal and had to be demolished.

Kaniel, 29, is a single mother raising three children on her own. “I decided to rebuild my life in Ma’ale Rehavam following my divorce four years ago,” she says. “I wanted to give my children the opportunity to live in nature, to be connected to the land, away from urban life.” “I worked very hard to make this dream happen on my own– to build a home and garden in the desert. This was our family’s anchor following everything we had been through,” she explains.

“It’s difficult to be a single mom here, working full time. But despite the tremendous economic difficulties and responsibilities, I made it independently – with no government help or financial assistance.”

“Now I have to start from the beginning again,” she says.

Kaniel’s three boys, ages 9, 7 and 4 go to school in nearby Tekoa. “I didn’t allow my children to see the demolition – they went to family friends instead after school. I also spoke to their teachers about the situation, so that they would be given extra support during this homeless period.”

The Kaniel family, like the other two families whose homes were demolished in Ma’ale Rehavam will remain in the hilltop community. Moriya and her children are currently staying with family friends in Ma’ale Rehavam. “People here are very supportive and are helping us out,” she says.

Kaniel hopes to rebuild a new home in Ma’ale Rehavam. “I believe it’s the right thing to stay here, in our land of Israel. Once we start rebuilding our home again, things will get easier.”

“What I don’t understand is that we live in peace with our Arab and Bedouin neighbors in our area. But the leadership and those responsible for our safety and protection, do the very opposite and force us from our homes.”

The Israeli government is expected to give permits allowing other buildings in Ma’ale Rehavam as well as Givat Hara’a and Mitzpe Lachish to remain standing in the near future.

But for now Moriya Kaniel, who grew up in Hebron, believes that there is a very small minority of Israelis who don’t want her living in Ma’ale Rehavam. “The majority of our people are for building, not destroying,” she says.

“I hope that I will have a new garden for my children this summer and that we continue our simple way of life here.” 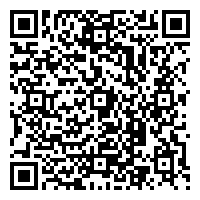