In last week’s column I shared the remarkable story of hashgachah pratis that two terrific young yeshiva boys, Yedidya and Yaakov, experienced. Their story evoked an enthusiastic response. Many were motivated to reassess their own lives and discover their own hashgachah pratis.

To be sure, there is no end to this introspection. Who does not enjoy hashgachah pratis – guidance from the Almighty? It is written that a person does not even prick his finger without it being orchestrated from above. But it is one thing to recognize that concept intellectually and something else to internalize it and thank Hashem for His many kindnesses. All of us are constantly under this hashgachah pratis but sometimes, as in the case of Yedidya and Yaakov, it becomes so clear that even a blind man cannot fail to see it and a deaf man cannot fail to hear it.


I would like to share some of the letters generated by the hashgachah pratis story of Yaakov and Yedidya.

I just read the story of Yedidya and Yaakov. I began studying Torah six years ago, after a chain of events for which there is no explanation other than the hand of Hashem. My younger daughter was fourteen and away at summer camp in Maine. She got sick with what looked like mumps but it could not have been because she had had the vaccine. She was checked out and they could find no reason for her symptoms.

The camp was six hours from us but my husband and I decided to go up to see her even though she had recovered. We took her out of camp to spend the day with us. It got too late to take her back, so we decided to find a hotel for that night. The hotels were full and could not accommodate us but finally we found a quaint, charming place that had a room – but the place catered exclusively to “honeymoon couples.” We pleaded with the owner to let us have that room, and she finally agreed. I was washing up and chatting with my daughter who was standing behind me. Suddenly, she called out to me, “Mom, what is this mark here on your shoulder?”

She showed me. I turned to look and I was terrified. It looked just like a melanoma – a skin cancer that kills. Since she was fair-skinned, we had always instructed her to use sun block because of the risk of melanoma, so she was aware of the hazards inherent in such symptoms. We took her back to camp the next day, and on Monday morning I saw the dermatologist. She did a biopsy, and it was in fact a large melanoma.

I had a huge area of skin removed. Before my daughter had seen it, I had no idea it was there. It was just at the point of breaking through and getting into the bloodstream. The dermatologist told me my daughter had saved my life. It must have been a one in a billion chance that this occurred. I guess I could have written my own “dayenu” story. If my daughter had not fallen ill, we would never have gone to see her at that time and if we had not taken the room in the hotel she would not have seen this lesion, and if she had not had the knowledge instilled in her regarding sun-block and melanoma, she would never have recognized he danger signs…. The hashgachah pratis in all this left me breathless.

The surgeon told me he hoped it would not come back, but if it did, I would probably die. Baruch Hashem, they got it all out just in time. Why did this chain of events occur? There is no other explanation for this other than the intervention of Hashem.

The message from Hashem was clear. He granted me life so that I might accomplish something. I had written a book about women’s mental health that has been translated into ten languages and is still helping women even though it came out ten years ago. But I never would have lived to see my daughter grow up. I never would have lived to see her married and become a successful woman.

Ever since then there has been no doubt in my mind of the presence of Hashem in my life every day and every minute. And this brought me to serious study of Torah and commitment to a life of Torah – the best gift from Hashem I could ever have received. The whole thing made no sense other than that it was a miracle. It was my wakeup call. And what a call – the gift of a Torah life!

Five years ago, our family went through a very painful experience. My beautiful 22-year-old daughter became engaged to a young man everyone considered a “dream shidduch” – smart, good looking, from a respected, established family. It was an ideal match. We set the date for the wedding, reserved a beautiful hall and engaged an excellent caterer. We paid our deposits and happily went on to the next step. 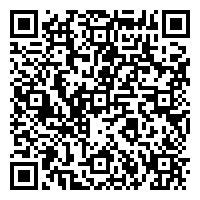