Those of us who were around then will never forget that afternoon 59 years ago.


It was after school and I was watching the end of the final game of the Dodgers/Giants playoffs with three of my young yeshiva elementary school classmates at my house. Brooklyn broke a 1-1 tie in the top of the eighth inning by scoring three runs, causing my friends to give up on the Giants and trot out to the playground.

I decided to stick with the Giants. After all, they’d been some thirteen and a half games behind the Dodgers on August 12. A 16-game winning streak propelled the Giants to win 39 of their last 47 games and tie Brooklyn after the last regular season game, forcing a three-game playoff.

It came down to the final inning of the final game and I was still fascinated by the big, boxy black-and-white television with the small screen capturing the proceedings from the horseshoe-shaped Polo Grounds across the Harlem River from Yankee Stadium.

The Giants opened their last inning with two singles before Monte Irvin popped out. Whitey Lockman doubled to score a run, which sent a runner to third and pitcher Don Newcombe to the showers. With the score 4-2 and runners on second and third, Dodgers manager Charlie Dressen brought in pitcher Ralph Branca to face Bobby Thomson.

Thomson battered the third pitch he saw that late afternoon, sending Brooklyn into mourning. It became the most historic, most meaningful home run ever hit. It won the pennant for the Giants and ended the season for the Dodgers.

Ernie Harwell, a broadcaster for the Giants at the time, voiced the events for NBC on national television while Russ Hodges’s famous local radio call survived the years because a fan decided to tape Thomson’s at-bat on his big reel-to-reel tape recorder.

Irwin Cohen took this photo of Bobby Thomson as they chatted

on the eve of the 1983 All Star game at Chicago’s Comiskey Park.

The home run turned Thomson into an iconic hero and branded Ralph Branca. No two players would ever handle their roles in history better. Their linkage became the basis of a great friendship.

When Thomson died at 86 recently, Branca used words like, “kind,” “gentle,” “thoughtful” and “humble” to describe Thomson’s makeup. I met Thomson a couple of times on the baseball beat and was always impressed with his demeanor. He had time for everybody, was engaging, well dressed, and always had a smile.

Besides the famous playoff home run, Thomson hit 32 round-trippers in 1951, posted 101 RBI and batted .293, so he was a lot more than a one-time hero. He hit 264 homers over a 15-year big-league career that included stays with the Milwaukee Braves, Cubs, Red Sox, Orioles and another stint with the Giants. His teammates included Hall of Famers Mel Ott, Willie Mays, Hank Aaron, Warren Spahn, Ernie Banks, Ted Williams and Brooks Robinson.

A great addition to my baseball DVD collection is “Jews and Baseball: An American Love Story.”

Also included are interviews with people no longer with us such as Hank Greenberg. The interviews and recollections include excellent newsreel footage. I consider myself a historian and own over a hundred hours of old newsreel and other footage on DVD’s but this included some I had never seen before.

Also great is the showing of each of Shawn Green’s four home runs in one game, fantastic interviews of Al Rosen, who like Koufax ended his career much too early. Marv Rotblatt, one of my favorite Jewish players of the Bobby Thomson era, talks about being the smallest pitcher in the big leagues and pitching to Ted Williams.

The one tiny error was when narrator Hoffman said the Dodgers left Brooklyn after the 1958 season (t was a year earlier). If I were directing, I would have changed the nightclub-type female singer doing her rendition of “Take Me Out to the Ballgame” during the showing of the ending credits and would have substituted Frank Sinatra and Gene Kelly doing their Vaudeville song and dance routine from the 1949 movie “Take Me Out to the Ballgame.”

“Jews and Baseball: An American Love Story,” is distributed by 7th Art Releasing; its publicity is being handled by PR maven Marty Appel.

The author of seven books, Irwin Cohen headed a national baseball publication for five years before embarking on a front office career earning a World Series ring. Cohen, who is president of the Detroit area’s Agudah shul, may be reached in his dugout at irdav@sbcglobal.net. 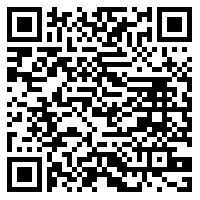