Special Note: Several weeks ago, I received two letters regarding gemach problems. For those of our readers who are unfamiliar with the term, gemachs are organizations found in every Torah community to help families who are in financial straits. Interestingly enough, the two letters that I received describe gemach problems from different perspectives – one speaks about the responsibilities of the donors, and the other about the responsibilities of the recipients. They each make valid points that should be addressed.


I run a gemach for ladies’ gowns for simchas – weddings and bar mitzvahs. The concept behind this gemach was to collect beautiful, fashionable, but gently-used gowns that people had worn to their simchas. While in some cases, women will re-wear their gowns and recycle them – generally speaking, in this community, simcha gowns are worn once only. I collect a small fee for the rental and use the income to clean the gowns and make repairs. In rare cases, when there is a surplus of funds, I will make new gowns because I never have enough formal wear to meet the heavy demand.

My problem is that the dresses that I get are so old and out of fashion that they are often unwearable. I’m saddened that people make their donations with misguided thoughts. They seem to rationalize that just because a woman cannot afford to buy a new gown, she should be satisfied with a gown that was made 20 years ago, has discolored, and is out of shape.

It would behoove women who have worn their dresses and enjoyed them at their simchas to remember that the gowns are simply pieces of cloth that have served their purpose once their
simcha has passed. They ought to keep in mind that these very same dresses could be making somebody else very happy, instead of collecting dust at the back of the closet.

I know that people pay thousands of dollars for their gowns, and consequently find it difficult to part with them. It seems to be a popular, but unrealized intention of many women to use their gowns again, and so I understand the difficulty that some women might have in parting immediately with their dresses. The dresses are a visible reminder of the sentiment attached to the simcha. However, after a reasonable amount of time has passed, a woman ought to realize that her dress is a potential gift that can keep on giving.

We live in a time when so many have so much, while so many others have so little. As with any tzedakah, the feelings of the recipient must be taken into account. Unfortunately, gemachs are often viewed as a dumping ground for third rate merchandise. This is a serious misconception. A person who needs the services provided by a gemach should be able to avail herself of its services with dignity and respect. When the quality of the merchandise on display is shoddy and worn, the experience of using a gemach becomes demeaning and a cause for embarrassment.

Every Jewish mother, regardless of her financial circumstances, should feel like a queen at her child’s simcha. How can I impress upon people in my community the scope of the mitzva of donating the dresses that brought them so much joy, and could do the same for others?

For the past eight years, I have run a gemach from my home. In addition to clothing, my gemach also has a collection of lovely jewelry – costume to be sure, but they look real. We also lend folding tables and chairs for Sheva Brochos and Brissim. We even have silver wine decanters and goblets so that everyone’s simcha may be as beautiful as possible. We lend these items with a full heart and sincere wishes of mazel tov. But here is where the problem starts.

We almost never get our merchandise back in the condition in which we lent it. Clothing is returned dirty and torn… Jewelry is bent and broken, and earrings are returned with only one of a pair. Tables and chairs come back battered and damaged.

I try so hard to collect quality merchandise that will lend a touch of elegance to people’s simchas, but instead of hakoras hatov – appreciation, I encounter an attitude which suggests, “You owe it to me – it’s coming to me!” It’s perhaps because of this attitude that people are so disrespectful of the merchandise they borrow. My committee and I run our gemach with a full heart and I believe that people should accept these loans in the spirit in which they are offered.  There are of course, many exceptions, and Baruch HaShem for that … there are many who truly appreciate our help, but far too many abuse our gemachs. I am writing to you in the hope that people who read your column and borrow from gemachim will recognize that they have to preserve that which they borrow for the good of others as well. 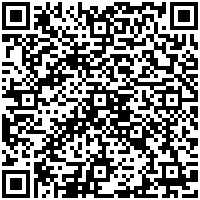