I am not sure whether this is the right forum in which to discuss my concern, but I am hopeful that your widely read column can be used as an arena to air this issue.

We are taught from a very young age about the prohibition against engaging in scandalous language against our friends/neighbors/acquaintances. There is a plethora of literature out there on the topic as well as shiurim, audiocassettes and clubs whose members commit themselves to being extremely mindful of what they speak and what they listen to.

We are aware of and repeatedly taught about the dire consequences of speaking lashon hara.This transgression is severe and multifaceted. Thankfully, guarding our tongues and ears against malignant speech is a subject that has, baruch Hashem, made its way to the forefront of Jewish life.

There is another abuse of speech I have noticed lately which I feel is a rather neglected or even non-existent topic of discussion: impertinence. I find that everywhere I turn lately I encounter this form of vulgarity in language; it seems to be commonplace, almost accepted.

Two weeks ago I was at a shul function. Also attending was a woman whose family had been going through a trying and painful period due to the broken engagement of her child – which came as a surprise to the community, not only because of the seeming compatibility of the couple but also the suddenness of the breakup. In such a case, one would think a kind word of comfort would suffice. I was shocked to witness the level of brash and shameless questioning this poor mother had to endure: “What happened?” “Who made the decision?” “What other factors were in play?” “Is he/she back on the market?” “What was the monetary impact?”

The woman tried to be polite and answer generally, but her growing discomfort was obvious and the interrogations were unrelenting.

Recently, I wanted to schedule an outing with a friend during which we would both run errands while taking the opportunity to catch up. At first I was rather offended at her seeming hesitation and reserve, but later she confessed to me that she no longer shops and runs errands on the route we often took together. The reason? Her youngest child suffers developmental setbacks that have unfortunately become more and more apparent and she can no longer stand the impertinent and pressing inquiries into her personal matters, especially by people who are barely connected to her.

I was really able to empathize with her sentiments. The financial climate has affected my family to the point where we were unable to send our children to camp this summer. Not too long ago my eight-year-old daughter told me she didn’t like her carpooling arrangement and wanted it changed. It turned out the woman with whom I share carpool duties asks too many questions and makes her uncomfortable:

“Is your father working at the same job?” “Has your mother started to work since she got her degree?” “What camp did you go to this summer?” “What?” “You didn’t go?

This insensitivity impacts on all generations. I was helping my mom find a place to rent temporarily while she was about to embark on a home renovation. This is the type of “chore” my father doesn’t like to involve himself with, which I don’t think is that out of the ordinary, but the frum woman showing the apartment apparently found it strange enough to ask my mother, “Do you have a husband?” and other personal questions.

My mother and I were both flabbergasted. What difference does it make to her either way? Why is it her business? When is enough enough? When did intrusiveness become acceptable? I hope people realize that damage can be inflicted without saying something directly nasty. Why do we feel entitled to know our neighbors’ entire goings-on?

Recently, I went through a harrowing experience. The pain and the shock are things I cannot describe, but as difficult as my experience was, the insensitivity of others made it much worse. The saying “rubbing salt on an open wound” really hit home.

I am 21 years old and was expecting my first baby. For my parents, this would have been the first grandchild and for my in-laws the first male grandchild (all their grandchildren are girls). Grandchildren are always awaited with great anticipation by bubbies and zeides, but I am certain you will understand their joy was even more intensified. As for my husband and me, we were flying. Once we found out we’d be having a boy, we made plans – we even had the bris all planned out. I went with my mother for baby furniture; as is traditional, we were careful not to finalize a purchase but just designated our choice.

I went into labor two days before my due date. I had a very hard time. From the outset, there were complications and my beautiful little baby was stillborn. As I wrote above, I am unable to describe my pain, my suffering, and my depression. But as terrible as it was, it was made ten times worse by people’s insensitive remarks:

“Did you have to sit shiva?” “Did you give him a name?” “Did you have a regular leviah [funeral]?” “What exactly happened?” “At what point in the labor did you find out that something was wrong?” “Was it the doctor’s fault?” “Are you suing?”

Instead of saying something kind like, “I’m certain that Hashem will give you the bracha of many more babies — a beautiful large family,” they ask about gory details, which only makes everything so much worse.

Rebbetzin, every question was another knife in my heart. When I discussed this with my husband, he challenged me with: “Why don’t you do something about it?”

“Well, for one thing,” he answered, “you can write to Rebbetzin Jungreis. Her column is highly respected and has a large readership ranging from the secular to the religious, from the young to the old.”

I saw the wisdom of his suggestion. The thought that perhaps some people will learn to be more careful with what they say, and how they say it, gives me a measure of comfort. 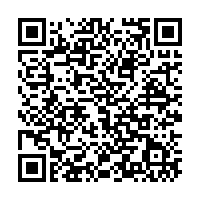