My recent columns on compassion touched many hearts. I’ve received numerous letters in response. I feel it’s important to share the following one with readers:


If I could, I would have every school principal and teacher, every father and mother, read your columns, especially those on the true meaning of rachamim. The challenge you posed – How much chesed do our children see in their homes and in their schools? – should make every one of us stop and think.

I am of European background. My parents were survivors of the concentration camps. I was born in a displaced persons camp after the war. When we came to the Unites States I experienced a culture shock for which I was totally unprepared. My parents enrolled me in a Jewish school. I thought surely that in such an environment everyone would be friendly and kind, but my disillusionment came quickly.

I was a foreigner. My English was difficult to understand and many of the girls were warned by their parents not to get too involved with me for fear I might tell them nightmarish stories of the Holocaust. Thanks to my strong and loving family I did not fall apart and eventually integrated and became part of the school.

Never would I have imagined that when my own daughter would start school she too would be tormented and rejected by her peers. And yet that is exactly what happened. The girls in my daughter’s class were very “clicky” and “catty.” They called her a nerd and other uncomplimentary names. She was always left out of social events. Seldom was she asked by her classmates to participate in Shabbos afternoon get-togethers. She would sit home and when she looked out the window and saw her classmates passing by on their way to a get-together, her hurt was beyond words.

I went to the school to speak to her teachers and pleaded with them to do something. They listened politely but there was no help forthcoming. The girls were never put in their place. They were never told this was not the Torah way and that such conduct was a heinous sin.

Soon my daughter developed behavioral problems. Very often she would “act out.” I guess that was her way of trying to get attention. Whenever something went wrong the finger was always pointed at her. She became even more depressed, angry and rebellious. Not once but many times I went to the principal. I begged for help but instead of helping her they labeled her a “troubled child.”

My husband and I were called to the school and told we had to take our daughter for intensive therapy. Having no option, we complied – but it was all futile. She was deeply scarred. Her heart was shattered. She felt disconnected, abandoned and alone. She gave up on life. Again and again I asked, “What is the point of telling a child who was hurting, who needed some love, some guidance, to go out and stand in the hallway or to sit in the principal’s office?”

I wondered why a teacher couldn’t talk to her after class. Even a little smile would have given her hope but she saw and heard only anger, rejection and admonishment.

To be honest, I never had any illusions. Nowadays most teachers just do not make this effort. It is so much easier to send a student out of class and label her a “troublemaker.”

My daughter started to cut classes. She hung out on the streets and of course found the worse element to associate with. One day the principal of the school asked that my husband and I come to see him. With trepidation in our hearts we went to his office and were told we had to find our daughter a new school.

I don’t know how many of your readers have experienced the agony of searching for a school that would agree to take their child – a child whose references shouted “problems” and “disturbed.” It seemed that every door was shut to us. Finally we did find a place out of town, far away. It was a school for “troubled” girls. We hesitated. We feared that under the influence of her peers who were also “troubled” she would deteriorate further. But having no options and despite her objections, we sent her. 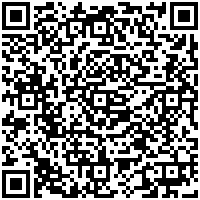