I have a feeling that you will be inundated with endless letters and stories relating to those shared in your article entitled “Where Are The Moms And Dads?” I am compelled to share two of my own experiences with you.

I was recently a camp counselor in the Five Towns. All of the staff were “Agudah” types, but the community generally consisted of affluent modern Orthodox Jews. This circle of people was very new to me. I really had had contact only with the “Yeshivish” world or secular Jews.

My new group of four year old campers were coming in and I was using every ounce of my mental and emotional capacity to try to remember their names and those of their parents as well as “very important” information” that some mothers didn’t think pertinent enough to write down. Then, something very strange happened. A young mother firmly grabbed my arm and very anxiously said, “You must come with me now!”

She took me over to a Hispanic woman and stated rather strongly and nervously, “This is my child’s care- taker. Her name is Maria. If there is any emergency with my daughter “Sarah,” she is who you will contact. She doesn’t speak any English, but don’t worry, I taught her how to walk to the camp if she has to pick up Sarah.”

Rebbetzin, I must tell you I let out a silent prayer, “Please, please Ribbono Shel Olam, Almighty G-d, don’t let there ever be an emergency with “Sarah.” Please don’t make me ever have to call the non-English speaking gentile caretaker for this holy Jewish child.”

The second story happened a few years later at the same camp. I had a lovely, well-behaved four year old in my group. It was several weeks into camp, so by now I knew the children well. “Baruch” always ate his lunch very well and generally was a pleasure to have in my group. One day, we noticed that “Baruch” wasn’t eating his lunch. We asked if he felt O.K. He stated, “Yes”. We asked him why he wasn’t eating his sandwich, and he stated, “I don’t like salami and BUTTER.”

We were rather shocked at this statement. We knew that the boy’s parents were observant Jews and had a strictly kosher home. We tried to speak with him to find out what was going on, but to no avail. We really thought he must be mistaken and just wasn’t hungry that day. Well, the next day, the same thing happened. “Baruch” wasn’t eating, when we asked why, he stated that he didn’t like “bologna and butter sandwiches.”

By this point, we were wondering what was going on. We took the sandwich and examined it. The sandwich really did look like cold cuts and butter, but we thought, “Perhaps it’s soy meat. Perhaps it’s soy butter.” I tried to call the house, but there was no answer. Then I called the father at work stating that I was Baruch’s camp counselor, and was told that the father was in a very important meeting and couldn’t be disturbed. Then I called the emergency number, but there too there was no answer. Baruch Hashem, it was the last day of the week.

On Monday, I saw “Baruch’s” mother dropping him off at camp. I told her the whole story and her face turned white as a ghost. She kept saying, “Oh my G-d, Oh my G-d. I don’t believe it!” Finally, when she calmed down, she told me that she had gone on a short vacation and left the children with a secular Jewish girl who swore she would only give the kids kosher food, and she must have intentionally given the children meat and dairy sandwiches. The family had to kasher the whole house and throw out many things that couldn’t be made kosher.

May Hashem have rachmanut on His Jewish children.

Thank you for the very compelling and insightful analysis of derech eretz. It touches upon a subject that has also troubled me for some time – even before I became a father. I have always advocated that children learn and do what they see and hear. If they experienced physical and emotional abuse or neglect between parents or siblings in the home, then they too will tend to behave in like manner as adults – sometimes long before reaching adulthood.

I believe that parents should even avoid something as innocent looking as arguing with each other in front of children, especially if their arguments tend to become emotional or hurtful. This is for two very cogent reasons: (1) Such arguments tend to undermine their parental authority, and (2) children, especially younger ones, can actually develop an unwarranted sense of guilt as a result of seeing constant parental disputes. They tend to feel that somehow they did something wrong and that this time, Abba and Eema are fighting about it and that is their fault.

My very first reaction after my ex-wife informed me that she was leaving me for someone else was to gather my four children around me in order to attempt to explain to them that what was
happening was not their fault, and that Mommy and Daddy still love them and always will.

I realize that this issue is separate from that which you discussed in your response, but it is nevertheless related to it because it is rooted in the very same cause – parents setting poor examples for their children’s behavior, unwittingly or otherwise.

Regarding the use of baby sitters, may I tell you that I cannot ever recall my parents having a hired baby-sitter watch over us while I was growing up. Occasionally, when aunts and uncles visited us, they did take care of us, however, my parents always avoided having strangers watch us for two reasons: (1) they did not trust placing us in the care of strangers, and (2) their unanimous attitude was that they would simply not go anywhere that they could not bring their kids – an attitude that is perhaps not very popular today.

Finally, before I conclude this letter, if I may, I wish to offer you a confession. It would be improper and hypocritical for me to address these important issues without sharing with you my own guilt, my own terrible mistakes concerning my absence from my children – in itself a vicious form of neglect. I shall undoubtedly have to deal with the pain and guilt of the indirect effects of my actions on my children for the rest of my life. I have been attempting to make up for this absence, if indeed, this is even possible.

Baruch Hashem, my children have responded positively and appear to genuinely wish to include me in their lives. I intend to do everything within my power to promote that goal and to enrich my relationship with all of them. I have taken this opportunity to write in the hope that others will learn from my experience. 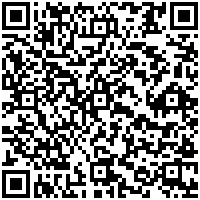