Recently, I sang to sing to one of my students, “The best part of wakin’ up…” expecting him to finish off with “is Folgers in your cup!” The puzzled look on his face made me feel really old. Oh well. I was hoping to sing him my version of the song which is, “The best part of wakin’ up is wakin’ up!” Assuming that you do remember the Folgers jingle, please allow me to explain my version.

Mr. Folgers could not have said it better. Why indeed should a person who lacks a Torah lifestyle want to get up in the morning? Most days he gets up only because he has to go to work. He really does not want to work, but he needs money so that he can buy food and pay his mortgage. And why does he need a home and food? So that he can have a place to sleep and be able to eat in order to stay alive, to be able to wake up, to go to work, to be able to eat and sleep, to get up in the morning, to go to work, to make money … you get the point. (Sounds like chad gadya…)

But what about Sundays and vacations, you ask? Then they really have a reason to get up. Yet, do they truly feel satisfied at the end of those days? Are their pleasures and fun really complete? Don’t the subconscious thoughts of “when this is over, back to work we go” disturb their relaxation? And how long do they remember the “good time” they had? So there really is no better reason to get up than a cup of coffee.

We who live a Torah life, on the other hand, have a purpose in life. Every moment is a new opportunity to achieve greatness and the ultimate pleasure of Olam Haba. We get through davening, learning Torah, doing mitzvos, or even through dealing properly with difficult people. Not only that – one who learns to appreciate all the presents that Hashem gives us constantly will enjoy every moment of the day. For example: If you think about the wonderful cocktail of air, which consists of just the right amount of oxygen and other gases, and how you inhale it without any pain or effort, you will enjoy every breath. All it takes is a little training to see why the best part of waking up is a million times more than ground coffee beans!

But it doesn’t stop there. If we remind ourselves of the people who simply did not wake up in the morning, we won’t fling that nasty alarm clock across the room. Instead, we will thank Hashem for returning our neshama. Yes! I am alive! We won’t mumble Modeh ani groggily and incoherently – we will say it with feeling!

In our last article (03-30-2018), we discussed turning the tide in the age-old battle of waking up on time in the morning. Based on the above we now have another method. One who gets into the habit of saying Modeh Ani with feeling will have an easier time getting up, since his overwhelming feelings of joy will propel him to sit up and thank Hashem for the great privilege of “wakin’ up.” In addition, he will recall that he went to sleep exhausted and unable to function and now he has awoken with new physical and emotional strength. This will help him thank Hashem not only for waking up, but also for the gift of rejuvenation. Such a person will definitely want to show Hashem his appreciation by jumping out of bed so that he can be on time for davening.

There is one more idea we can utilize – not only to help us out of bed, but also to change the way we daven. The Shulchan Aruch (Orach Chaim 1:1) begins with the famous words: “One should rise in the morning with the might of a lion to serve his creator.”

After this, the Rama begins his addendums with the words of the Rambam in Moreh Nevuchim: “Shevisi Hashem l’negdi tamid – I place Hashem in front of me at all times (Tehillim 16:8) … for we cannot compare the way one sits and acts when he is alone in his home to the way he acts in front of a great king… So certainly, when a person makes himself aware that the great King, Hashem … is standing above him and watching his actions… immediately he will be overcome with fright and humility from Hashem, and have fear and embarrassment from Him…” Why does the Rama place this important, but seemingly unrelated topic, specifically here?

Furthermore, the Rama finishes off: “And when one lies in bed he should bear in mind in front of who he lies, and immediately, as soon as he wakes up, he should get out of bed with speed and alacrity to serve his exalted and blessed Creator.” Didn’t the Shulchan Aruch already say that a person should wake up with the strength of a lion? What is he adding with this line?

Let us suggest that there are two stages to getting up. The first is to utilize the strength of a lion to stay awake and not close your eyes for “just another two minutes.” But now the yetzer hara tells you: “Okay, I agree – don’t go back to sleep. But what’s wrong if you just rest in bed for a few more minutes?” This is where the Rama comes and tells us – imagine if you would open your eyes and see the king standing next to your bed, waiting patiently for you to wake up. You would jump out of bed and say “How can I serve you, your Majesty?” Certainly, we should do the same! As soon as you wake up you should remind yourself that Hashem, the King of all Kings, is standing next to you, and that will help you to actually get out of bed.

Perhaps this is why the Rama cites the words of the Rambam specifically here, since the way to feel Hashem’s presence when we wake up is to live the entire day with this awareness. And certainly we must go to sleep bearing this in mind. Doing so will not only help us overcome any temptation to sin while in bed, it will help us wake up with the realization that Hashem is right there.

This can also be a game changer regarding the way we daven. One of the difficulties we face many mornings is that we are still groggy and half asleep when we pray, which makes it difficult to feel that we are talking to Hashem. Besides for having a coffee, starting off the day with the awareness that Hashem is in front of us will take away the feeling that we rolled straight out of our bed into Shemoneh Esrei.

The Mesilas Yesharim teaches us that since Adam Harishon was created from dirt, human nature is to move slowly with heaviness, making it hard to serve Hashem. In order to overcome that handicap we must move with speed and alacrity. Starting off “on the right foot” through getting up without any delay will set the tone for a wonderful day of avodas Hashem! 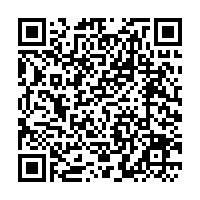