They were targeted by Arab terrorists in a drive-by attack on Highway 60 in Judea, near the junction leading to the Jewish community of Carmei Tzur.

The attackers were riding in a passing vehicle bearing an Israeli flag flying from the window, with Israeli license plates, when they hurled an IED (improvised explosive device) bomb made with lit fireworks at the Israeli car and then fled towards the Palestinian Authority town of Halhul.

Miraculously,e of the Israeli passengers were physically injured, but their vehicle was damaged.

An extensive search of the area has been launched, and roadblocks have been set up along the highway and roads around the area. 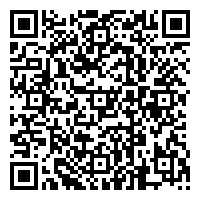