On the 20th day of Av, we will mark 77 years since the passing of the gaon, chosid and mekubal, HaRav Levi Yitzchok Schneerson (1878-1944), the father of the Rebbe.

His father, R. Boruch Schneur, was a great-grandson of the third Lubavitcher Rebbe, the Tzemach Tzedek. Already as a young boy, his extraordinary talents were evident. He went on to master all areas of Torah – including Gemara, Kabbalah and Chassidus – and received semicha from leading Torah authorities, including Rabbi Chaim Soloveitchik of Brisk.

At the young age of 31, HaRav Levi Yitzchok was appointed rabbi of the large Ukrainian city of Yekaterinoslav (today Dnepropretrovsk), where he served for 30 years. During the early years of World War I, Yekaterinoslav absorbed a large influx of Jewish refugees from areas closer to the front, and both Rabbi Levi Yitzchak and Rebbetzin Chana did their utmost to provide for them.

Throughout his leadership, he defiantly stood his ground on Jewish principles and never gave in to the pressure and threats from the Soviet government. HaRav Levi Yitzchok was undaunted and even led the Ukrainian rabbis’ refusal to sign pro-Soviet statements. He urged his community to strengthen their observance of Torah and mitzvos. He supervised the building of a new “illegal” mikvah and secretly officiated at weddings and circumcisions.

In one particular instance, an older woman came knocking at his door with a request. Her daughter and son-in-law who serve in high-level government positions would be coming in an hour to be married according to Jewish tradition. First, he needed to get a minyan of ten Jewish men – what’s more, men who could keep a secret. But it was past midnight, and after searching, they still only had nine. One was missing.

What did he do? In his apartment building there lived a young Jew who had been assigned by the government to spy on the rabbi’s home and make sure that no religious ceremonies were taking place. HaRav Levi Yitzchok sent a messenger, asking him to come! Then he proceeded to officiate the secret wedding.

One area of particular note was HaRav Levi Yitzchok’s enormous effort to ensure the production of matzah that was kosher for Pesach by the strictest standards. Since all factories in Russia were owned by the government, they wanted to bake matzah according to their standards, and force HaRav Levi Yitzchok to give his kosher certification. But he told them that he could not offer certification unless the supervision on the entire process meets his standards.

Accused of trying to rob the State, he traveled to Moscow and met with Mikhail Kalinin, the president of the Soviet Union, to explain his position. After meeting with the president’s circle, he returned with permission in hand, accompanied by an official order that the rabbinical supervisors’ instructions must be followed, no matter the cost!

The government did not appreciate his stubborn resoluteness in bolstering religious observance in the Soviet Union, and in 1939, just days before Pesach, HaRav Levi Yitzchok was arrested by the Communist secret police, the NKVD (forerunner of the KGB). After much torture and interrogation, he was sentenced to five years of exile in the remote village of Chili, Kazakhstan. Rebbetzin Chana subsequently followed him to be with him in exile.

In Chili, the couple lived in extreme discomfort and lack of food. At one point, they did not have any bread for an entire month. Still, even in exile, HaRav Levi Yitzchak and Rebbetzin Chana heroically reached out to their brethren in need, helping in whatever way they could.

Physically weakened by his arrest and exile, his health deteriorated and he contracted a serious illness, from which he passed away shortly thereafter in the nearby village of Alma Ata.

Throughout his life, HaRav Levi Yitzchok was a prolific writer, analyzing Torah in his unique style, intertwining Gemara, halacha, Kabbalah, and Chassidus. Even while in exile, where they lacked the most basic supplies, his wife Rebbetzin Chana made great efforts to enable him to continue to transcribe his Torah insights. She produced homemade ink from plants, in different colors, with which he wrote his notes on the margins of the few seforim he had with him in exile.

When she escaped Russia in 1946, Rebbetzin Chana managed to smuggle out these manuscripts, and at the Rebbe’s request, they were published in a five-volume set under the title Likutei Levi Yitzchak. The Rebbe would expound on these Kabbalistic teachings at many of his Shabbos farbrengens. To this day, Likutei Levi Yitzchak remains one of the most unique works on Kabbalistic thought from the last century, and HaRav Reb Levi Yitzchok a shining light of scholarship, dedication and Mesiras Nefesh. 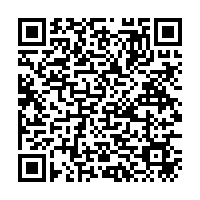