Moses received the Torah at Sinai and transmitted it to Joshua, Joshua to the elders, and the elders to the prophets, and the prophets to the Men of the Great Assembly. They said three things: Be patient in judgment, raise many disciples and make a fence round the Torah (Avot 1:1).

Change is hard work. Whether improving ourselves or trying to help others, creating and sustaining a shift in attitude or action can be daunting. An integral part of the change process that is often overlooked is the necessity of creating a culture and a climate which fosters and supports change. This first Mishna sets the stage for the rest of Pirkei Avot by instructing us as to how to build a cultural framework for personal and collective growth. The Mishna should be read both through the lens of how a leader or teacher can create an environment that will help others grow, as well as doubling as a message for individuals to assist in their own growth process.

While the process of change is very personal and needs to be individualized, there are also commonalities and trends that traverse both time and person. Unlike any other set of Mishnayot, Pirkei Avot begins with a chain of tradition dating back from Sinai, leading all the way to the Men of the Great Assembly. The chain of tradition is emphasized in subsequent Mishnayot as well, highlighting both the Divinely inspired nature of these messages, as well as the tried and true nature of these teachings, as they have been taught and implemented throughout the millennia. We are not the first to want to improve our learning, character, or relationships. The first message that helps us with the change process, is that while we can acknowledge change is hard, we have faith in a religiously-inspired, historically tested, ethical system that can guide us along our journey.

A second important feature of change is humility. One of the many oddities of this first Mishna is its starting point. We would expect it to state that Moshe received the Torah from G-d, but instead we read that he received it “from Sinai” (mi-Sinai). Why is a mountain, and not G-d, viewed as the first link in the chain of tradition? Rabbi Israel Lipschitz suggests that there is a common thread between Moshe, Torah, and Sinai, and that is the trait of humility. Moshe, we are told, is the humblest of all people (Bamidbar 12:3). The Torah, we are told, is compared to water. Water symbolizes humility, as it abandons its high position and streams downwards until it collects in lowly places. Sinai was chosen because it was the humblest of mountains. Moshe was only able to receive the Torah because of his humility. This Mishna omits the name of G-d and highlights Sinai instead, to reveal the necessity of humility in Torah learning and observance. In terms of facilitating change, humility allows us to be aware of our fallibility. We are able to notice, accept, and try to fix any shortcomings we may have. It allows us to listen to feedback from others and be receptive to their suggestions. People who are arrogant or narcissistic have a hard time being self-aware of their own faults, and are more likely to externalize the responsibility onto others, deflecting all opportunities of growth.

Conceptually related to humility, the third ingredient for change is patience. The first of the three lessons of the Men of the Great Assembly is to “be patient in judgment.” Avot DeRebbe Natan expands the message to be relevant not just to judges, but to everyone. Instead of reacting with anger or impetuousness, we should be tolerant and patient. Chatam Sofer intimates that while most of us might not be professional judges, we have a predilection to act as judges of other people’s behavior. Instead of relying on our snap judgments, which are often unfavorable, we should be more deliberate in our judgments, attempting to judge more favorably. In terms of the process of change, by being slow to judge and more patient, both in relation to ourselves and to others, the more likely we/they will succeed in changing. Most therapeutic processes promote a stance of non-judgmentalism, as the theory is that change requires this important element.

Perhaps connected to the importance of being patient, the second message of the Men of the Great Assembly is to “raise many disciples.” Many commentaries see this statement as siding with Beit Hillel, who unlike Beit Shammai, encouraged teaching all students, no matter the character or background. Their opinion is infused with optimism and conviction that all students can learn, and all can improve their character. The belief that an educator or role-model has in their students is an essential ingredient in enabling the student’s growth. When the student knows someone else believes they can change, they start believing it themselves. This progression from teacher belief to student belief relates to an important insight of Rabbi Chaim of Volozhin, who notes that the verb used in the Mishna (“ve-hemidu”) indicates that the teacher should give the students the tools that they can stand on their own. This includes not just the intellectual tools such as critical thinking, but the internal, emotional, motivational, and social qualities needed to succeed as well. Perhaps metaphorically, we can also view ourselves as our own teachers, and we need to make sure that throughout the change process we are engaging in the right strategies and methodologies that set us up for the most success.

The third message of the Men of the Great Assembly, to create fences around the Torah, leads us to the final strategy for change. To protect their teachings and avoid engaging in prohibited behavior, the Sages set up protective barriers to make it more difficult to violate different precepts. The Sages are attuned to the intricacies of human behavior change and provide mechanisms to help us along the process of change. Perhaps the most significant strategy to changing problematic behavior is to create barriers that assist in avoiding the problem in the first place. It is the job of the teacher or mentor to help create a system and an environment that makes change more likely. We do not want to set up our students for failure, so providing the right protections is essential to enabling their success. This can be viewed as a message for the individual as well, we should be careful to set up our own barriers and fences to better enable our chances of changing successfully.

Through a close reading of the first Mishna and its commentaries we can glean insights that will help set the stage for the rest of Pirkei Avot. Change requires tradition, humility, patience, belief, and barriers. As leaders or as individuals, we need to think through how to better cultivate these characteristics to better create a culture and context for change. 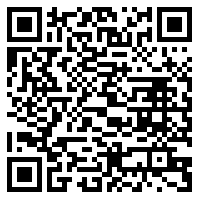