When Chris Peterson, one of the founders of Positive Psychology, was asked to summarize the essence of the field, he responded “Other people matter.” One of the core character traits that Peterson and his colleague Martin Seligman identified as essential for flourishing is “social responsibility,” which refers to being generally accountable for one’s actions as they relate to others and feeling a moral obligation to contribute to the greater good.

In the previous essay, we utilized Hillel’s maxim of “If I am not for myself, who will be for me?” (Avot 1:14), to emphasize the importance of taking personal responsibility for one’s own growth and development. We now turn to the essence of the second part of Hillel’s statement, “When I am for my own self, what am I?” to accentuate the importance of social responsibility.


Hillel states elsewhere in Pirkei Avot that it is forbidden to separate oneself from the congregation (Avot 2:4). On a communal level, whether in the performance of mitzvot or in sharing joyful or painful experiences, we are enjoined to participate in a larger collective framework. According to Rabbi Yosef Yavetz (16th century), being an active member in the group is key, even if one believes that he can be more spiritually productive on one’s own.

An essential part of group membership is the responsibility to be of service to others. In the introduction to his father Rabbi Chaim of Volozhin’s magnum opus, Nefesh HaChaim, Rabbi Itzele of Volozhin relates that his father would rebuke him for not involving himself in alleviating the pain of others. In a rather powerful formulation, Rabbi Chaim would consistently emphasize that “man was not created to care for himself, but only to be helpful to others within the extent of his abilities.” Rabbi Itzele portrays his father as someone whose ethos was to help others, quoting another one of Hillel’s messages from Pirkei Avot, describing his father as “a lover of peace and a seeker of peace. He loved all beings and brought them closer to Torah” (Avot 1:12).

The emphasis on serving others is encapsulated in Shimon HaTzadik’s statement (Avot 1:2) that the world stands on three pillars: Torah, Avodah (worship), and Gemilut Chasadim (acts of kindness). Rabbi Chaim of Volozhin’s famed teacher, the Vilna Gaon, assumes that each pillar can sustain the world on its own and that during different historical eras there was varied emphasis as to which pillar was primary.

Since the destruction of the Beit HaMikdash, there is no authentic expression of avodah, and due to exile, even the pillar of Torah is not up to par. Consequently, according to the Vilna Gaon, the world currently stands exclusively on the pillar of chesed. A similar idea is presented in the works of chasidut, namely, that at this point in history, the world is sustained on acts of kindness (Noam Elimelech), and that the redemption will be dependent on this kindness (Menachem Mendel of Kotzk).

Other people matter, and we have a moral and social responsibility to be of service to them. If we are not involving ourselves enough in helping other people, we would do well to remember Rabbi Chaim’s message to his son that the essence of our existence as created beings is to assist others. 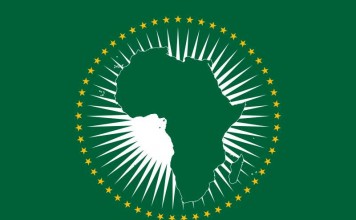 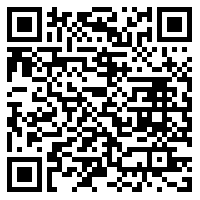