It all started five thousand seven hundred and sixty-eight years ago. Adam and Eve were commanded not to eat from the tree of knowledge. Eve, in order to be assured that this simple directive of Almighty G-d would be followed meticulously, fashioned a chumrah, a stringency, for herself and forbade touching of the tree as well.

The result, as all of us are aware from our study of Torah, was that the added directive against touching the tree became primary to her. Finally, when she was pushed into the tree by the serpent and there were no consequences, both she and her counterpart Adam ate from the tree as well, causing them to violate G-d’s prime directive. Ultimately they were banished from the Garden of Eden. The penalty for their actions affected all of humankind for all generations. Thus began the first chumrah and its subsequent negative effect upon all humankind.

Rabbi Isaac Bernstein of blessed memory, in his tapes on Chumash, states that chumrahs have had only a deleterious effect upon our people – generating only dissension and arguments, feelings of oneupsmanship and elitism, causing separation and fragmentation between one Jew and the next. It is told of the great Rebbi of Salant that once when baking matzot for Pesach, his students asked him what chumrahs he had regarding this mitzvah. They thought that they would try to emulate their teacher and assume upon themselves these obligations as well. He responded: Treat the woman who is in charge with kindness and sensitivity. She is a widow and she is in need of compassion. That’s my only chumrah.

Rabbi Joseph B. Soloveitchik of blessed memory once stated at one of the many Chag Hasmichah (rabbinical ordination) ceremonies he presided over that “You don’t have to be a rav to be machmir (stringent), but you have to be a rav to be meikil (lenient).” Anyone can answer no to a question! It is the astute rav who is able to find a leniency and walk the middle path. Rav Soloveitchik once told Rabbi Haskel Lookstein to withstand the pressure and maintain his direction of instruction at the Ramaz School and remain centrist, not to move to the right.

Rabbi Yaakov Kaminetzky of blessed memory, in his sefer on the Torah entitled Emes L’Yaakov, ponders the question of how Jacob was permitted to marry two sisters when we know that according to Jewish Torah law this is forbidden. If Jacob, as the Talmud states, knew the entire Torah and followed its laws before the actual giving of the Torah, how was he allowed to marry both Rachel and Leah? Rav Kaminetzky’s response gives us some insight as to how he felt about chumrahs. He writes that Jacob followed the Torah as his individual chumrah, but when you give your word to someone that takes precedence over a chumrah. Jacob had promised Rachel that he would marry her. His personal word was more important than his individual chumrah.

In truth, everyone has a right to live their lives the way they choose. People have a right to assume upon themselves any stringency that they feel comfortable with. They can choose any hashgacha that they want. They may select and follow any chumrah that they feel necessary to fulfill themselves religiously and spiritually.

But when these chumrahs become a source of dissension and conflict separating one Jew from the next, then they have crossed the line. When people state that if you don’t follow my chumrahs you are not up to par in your religious observance and therefore will be excluded from my social grouping, then we have lost sight of the difference between right and wrong.

There are instances in our Jewish communities where schools impose chumrahs and intimidate people that if they don’t adhere they will suffer dire consequences. They threaten parents that their daughters will never find a shidduch or that they will be blacklisted within the community. Stories abound of children not being accepted to a school because there is a television in their house or the manner in which the parents’ bedroom is arranged does not meet certain criteria of the school.

Everyone has a right to their own opinion and direction in life. But when we indiscriminately make chumrahs that cause exclusion and heartache, that is beyond the bounds of the spirit of our Torah. Our sages write that one of the reasons the second Beit Hamikdash was destroyed was because of blind hatred. To rectify this situation – if we want to truly witness our redemption – then we must seek ways to unite our people, not to cause estrangement. To bestow blind love and tolerance, to bring together – and not to promote extremism that separates one Jew from his neighbor. 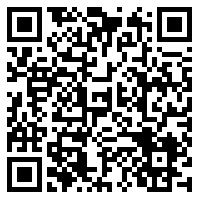