Moshe is on the way back to Mitzrayim to demand that Par’oh free the Jewish people. Suddenly Hashem adds an ultimatum to his mission. He informs Moshe that Par’oh will refuse to free the Jews and that, in response, Moshe is to threaten Par’oh and Mitzrayim with the death of all of their firstborn (makat bechorot). The Jews are Hashem’s firstborn children. If Par’oh and Mitzrayim refuse to free them, the penalty will be the death of their own, as related in the Torah portion of Shemot.

Though Moshe is told about the bechorot ultimatum before his return to Mitzrayim, he issues it only after nine other plagues. If Hashem intended Moshe to issue the ultimatum only after the nine plagues, why did He tell Moshe about it at the beginning of the story as if it needed to be issued right away?


I believe that the plague of the firstborn was meant to occur at the very beginning. It was only Bnei Yisrael’s lack of faith that required nine plagues to precede it.

To best appreciate this point, we return to the beginning of the story. At the Burning Bush, Hashem gives Moshe a dual directive by sending him to both Par’oh and to the Bnei Yisrael. He is to ask Par’oh for Jewish emancipation and ask the Jews to stand with him in a show of faith. To merit redemption, the Jewish people need to show faith in Hashem and identify themselves as His “firstborn” nation.

Though initially the Jews rise to the occasion and show faith, when Par’oh rejects Moshe’s request and intensifies their slavery, the people lose hope and express their frustration to Moshe, who then complains to Hashem. The Exodus is at an impasse – Hashem wants to free the Jewish people and can use makat bechorot to do so, but the Jewish people are not yet ready to show the required faith.

Parshat Va’era begins with Hashem’s attempt to reinspire the Jewish people through the five expressions of geulah, redemption. Unfortunately, the Jews are too pressured by their slavery and are unable to rise to the occasion. At this point, the Exodus detours through the nine plagues. Their stated goal is to convince the Egyptians of Hashem’s hegemony, but the ultimate intention was to inspire the Jews who live amongst the Egyptians (See Rashi, 7:3).

Finally, after nine plagues, the Jews are ready and it is, therefore, the time for makat bechorot. Before the plague can occur, and in order to identify the Jews as Hashem’s firstborn by distinguishing them from those who will be killed, the Jews themselves have to identify themselves as such by sacrificing the korban Pesach and marking their doorposts with its blood. Hashem, of course, knows which homes are Jewish and needs no sign; it is the Jews who need to self-identify.

Though the actual Exodus occurred in the morning; the geulah began the night before (see Berachot 4b) with the makat bechorot identifying distinction rooted in the Jewish people’s faith-based declaration. This is why we have our Seder at night and not during the day. We are meant to commemorate not only the Exodus but also makat bechorot, and not only what Hashem did for us, but also what we had to do to merit it.

These shemirah elements continue till this day. The Ibn Ezra explains that we are shomer the mitzvah of korban Pesach in future generations to show our appreciation of Hashem’s shemira on that original night in Mitzrayim. The Gemara in Pesachim (109b; see also Rashi, Shemot 12:42) teaches that Hashem continues being shomer us on the night of 14 Nissan for all generations.

Additionally, the Seforno explains that just as Hashem waited and longed for the moment when the Jews would deserve geulah from Mitzrayim, He waits for the time that we are ready for the final geulah as well. The Rema (OC 480) adds that we open the door when we recite Sh’foch Chamatcha at the Seder to show our faith in Hashem’s shemira of us, and the faith that this merit will indeed bring our own geulah. May we be shomer the mitzvot of Pesach in a way that merits us the shemira of the ultimate geulah! 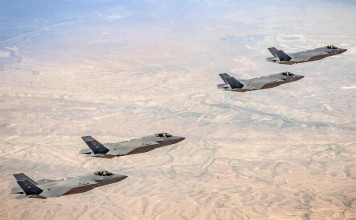 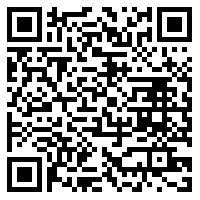