Praise is an essential element of healthy relationships, whether at home, in school, or at work. Yet, there is a dark-side to praise when it is done inappropriately. Dr. Eddie Brummelman notes that parents often deliver inflated praise to their children, thinking that it will boost their self-esteem. Yet, his research demonstrates that inflated praise can backfire in one of two ways. If a child has low self-esteem, inflated praise may actually lead the child to have even lower self-esteem (“if you think this is so amazing, you obviously don’t have such high expectations of me…”).


Alternatively, in some children, embellished praise can lead to narcissistic tendencies. Praise is essential, but it is essential for praise to be tempered, not extravagant.

We know that Noah was righteous. That much the verse tells us explicitly (Bereshit 6:9). What we aren’t so sure about is how righteous he was, especially when compared to other righteous individuals. The verse says that Noah was righteous in his generation. The Talmud quotes a debate as to how to understand the nuance of this statement (Sanhedrin 108b). Rabbi Yochanan says that only compared to his own degenerate generation was he righteous, but if he lived in a different generation, he would not be considered righteous. In contrast, Reish Lakish argues that the fact that he was able to stay righteous despite his generation’s foibles proves that he obviously would have been righteous if those around him were virtuous.

While this debate itself is fascinating on its own, there is a powerful message embedded within a close read of how Rashi quotes this discussion. There are two major differences between the Talmudic presentation and Rashi’s formulation. First, while the Talmud quotes Rabbi Yochanan’s negative opinion first, Rashi quotes the more positive opinion of Reish Lakish first, perhaps alluding to the importance of prioritizing praise over critique.

Second, Rashi doesn’t quote the opinions by name. He writes that “some of our Sages explain it to his credit” and “others explain it to his discredit.” Notice how in explaining the praise he attributes the opinion to the Sages, while the negative opinion he just attributes to “others,” without any mention to their stature as a Sage or Rabbi. Dr. Ari Ciment quotes Rabbi Ephraim Shapiro as suggesting that while sometimes being critical has its place, providing a positive spin and offering praise is the approach that is worthy of being stamped with a moniker of Sage (Pirkei Dr. Ari, p. 13).

When describing Noah’s characteristics in the above-cited verse, it is written that Noah was righteous and “tamim.” Commentators and translators offer many interpretations on the exact meaning of the word “tamim”: being flawless, perfect, humble, beloved, simple, whole, intelligent, virtuous, authentic, and pious (see Otzar Mefarshei HaTorah, p. 208). When G-d subsequently speaks to Noah directly, He tells him to go into the ark, “for you alone have I found righteous before Me in this generation” (Bereishit 7:1). Here, Noah is only referred to as righteous, without the second appellation of being tamim. Picking up on this subtly, Rashi, quoting the Talmud (Eiruvin 18b), concludes that “only a part of a man’s good qualities should be enumerated in his presence.”

Rabbi Akiva Adler emphasizes from this statement the importance of praise within education. Parents and teachers should make a habit of praising their children and students often (Ikvei Eliyahu, p. 15). Yet, the praise should not be overly lavish and extravagant. It may be true that Noah was both righteous and tamim, but when praising him directly, G-d only mentioned his righteousness. Embellished and inflated praise, even if warranted, can backfire. Praise is essential, but it is essential to strike the proper balance between healthy praise and the destructiveness of inflated praise. 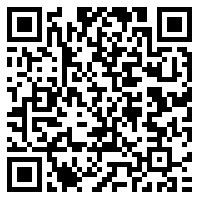