The Chasam Sofer (Toras Moshe in Vayikra) explains that one is only permitted to fast on Shabbos in a situation where it is more oneg for him to fast than to eat, given his state of mind. It is for this reason that one may fast if he has a bad dream on Shabbos. He explains that this is also the reason why the Bahag says that we may fast Asarah B’Teves on Shabbos. The original Asarah B’Teves was a yom hadin – judgement day – on whether there would be a churban that year. The Chasam Sofer says that each year on Asarah B’Teves there is a yom hadin deciding whether the Bais HaMikdash will be destroyed again that year. As the Yerushalmi says, each dor that the Bais HaMikdash is not rebuilt in it is as if they destroyed it. This is judged on Asarah B’Teves. It is for this reason that should Asarah B’Teves fall out on Shabbos, we would fast on Shabbos. The fast of Asarah B’Teves is not simply a remembrance of the tragedy that occurred on that day in history; rather it is the yom hadin for each year. Since the fast is relevant to something of the future a person will have more oneg by fasting, and as such he may fast even on Shabbos, and certainly on Friday.

After some speculation, one will realize that in fact this yom hadin indeed does have a preparation period. Perhaps the “Elul” of the yom hadin of Asarah B’Teves is Chanukah. One of the main themes of Chanukah is the chanukas haMizbe’ach – the rededication of the Mizbeiach. On Chanukah we are supposed to move our hearts to think about inyanim of the Bais HaMikdash. The Bach in the beginning of Hilchos Chanukah says that the gezeirah of Chanukah was issued as a result of a lacking in the avodah in the Bais HaMikdash. When we are weak in our avodah, Hashem takes it away from us. The kohanim rectified this by risking their lives for the avodah. The avodah and the Bais HaMikdash were then returned to Klal Yisrael on Chanukah.

Although the Bais HaMikdash is not something for which one must give his life, the Chashmona’im risked their lives and fought to restore it. The reason for this was because they realized that the Bais HaMikdash was, as we say in the brachos of the haftorah, “bais chayenu – our life house” and without it we cannot live.

We must realize how much we are lacking in our lives as a result of not having the Bais HaMikdash. The pasuk says, “Ki m’tzion teitzei Torah u’dvar Hashem m’Yerushalayim.” Tosafos in Baba Basra 21a explains this pasuk to mean that when one would come to the Bais HaMikdash and witness kohanim performing the avodah, he would be tremendously inspired to be oveid Hashem and learn with more enthusiasm. How desperately are we in need of such a spiritually uplifting experience! How much are we lacking in our avodah and learning! This realization should move our hearts to be aware of the desperate need that we have for the Bais HaMikdash. The inspiration that we receive from Chanukah should inspire us to daven and cry to Hashem for the Bais HaMikdash.

The intention of the Yevanim was to remove any kedushah and dveikus with Hashem in this world. The Chashmona’im understood that the only way to restore kedushah and deveikus with Hashem is if there is a place in the world that exists with complete purity. This was the Bais HaMikdash. The Bais Halevi explains why it was necessary to only use oil that was tahor when the halachah is that tumah hutra b’tzibbur and impure oil could have been used. He says that the Chashmona’im only wanted to use oil that was completely pure, without relying on heteirim. They wanted the Bais HaMikdash to be completely pure.

The yesod of Chanukah is for us to realize that we are lacking a place that is completely pure which can serve as a light unto all the darkness that prevails in the world today. The Chashmona’im’s mesiras nefesh should give us the fire that we need to enable us to persevere through the long galus. This is the fire of Torah sheba’al peh, and the fire for the Bais HaMikdash. The Gemara in Baba Basra 4a says that the ohr of the Bais HaMikdash is the ohr of the Torah. This is because the Torah is the or of the Shechinah. The Yevanim tried to extinguish that ohr from this world, and failed. While lighting the candles of our menorah, which is the extension of the Menorah of the Mikdash, we hope to ignite this same blaze inside each one of us. On Chanukah we hope to bring forth a yearning for the Bais Hamikdash and thereby develop a desire and a cheshek for the Bais HaMikdash. It is in this manner that Chanukah is the Elul of the yom hadin of Asarah B’Teves.

May we be zocheh through these preparations to receive a favorable judgment on Asarah B’Teves and see the building of the Bais HaMikdash this year, amen. 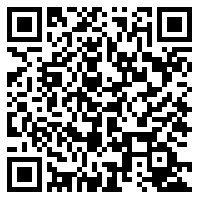