I don’t usually cite secular maxims, but there’s a popular saying, “Those who cannot remember the past are condemned to repeat it.”

In studying Torah, we sometimes examine mistakes of the past so that we can ensure we don’t repeat them in the future. So, for example, we learn about Miriam’s mistake in talking about family members (Moshe Rabbeinu and Tziporah) and educate ourselves not to speak about our siblings and in-laws, or even our parents and children. We also recall Bnei Yisrael oversleeping on the morning of Matan Torah and try to repair this mistake by staying up the entire night of Shavuos.

History is replete with pitfalls resulting from flawed character traits. Yeravam ben Navat, because of his jealousy of Rechavam, blocked the 10 tribes from going to the Beis HaMikdash. The meraglim were worried about losing their elevated stature upon entering Eretz Yisrael and thus said the chances of conquering the land were low. Moshe Rabbeinu grew angry and forgot many halachos as a result. Reuven was hasty and thus lost the gifts of royalty and priesthood.

Rachel Imeinu didn’t consult her husband Yaakov before stealing the terafim from Lavan and therefore died young and was buried far away from her beloved husband. Elimelech forsook his brethren in their time of need and thus died relatively alone in the fields of Moav. Kayin brought an offering to Hashem from leftovers and thus had it rejected. Dinah departed from the norms of kol kevudah bas melech penima and thus found herself in a shameful situation.

The 24,000 disciples of Rebbe Akiva were derelict in respecting one another and were therefore felled by diphtheria. The sibling rivalry of the tribes caused us to be slaves in Egypt. Our greed for yet more booty at the Yam Suf resulted in a rebuke from Moshe Rabbeinu for delaying our momentous meeting with Hashem at Har Sinai. The followers of Korach were swallowed by the earth because they engaged in strife.

Millions of Jews in Egypt died during the plague of darkness because they didn’t believe in the promised divine redemption from Egypt. Noach was severely criticized because he didn’t do enough to rebuke his generation. Wealthy families were publicly shamed by Nechemiah for not coming to the aid of the Beis HaMikdash. The nesi’im have their name spelled defectively in the Chumash because they delayed donating to the building of the Mishkan.

We should all study our history so we can avoid the many missteps and mistakes of even great people in the past.

Whether we are davening at home, outdoors, or in shul, may we all accept the Torah anew with love this Shavuos, pledging to be more passionate and meticulous in performing mitzvos and committing ourselves to emulating the kindness and loyalty of the great Rus. In that merit, may Hashem bless us all with long life, good health, a delicious Yom Tov, and everything wonderful. 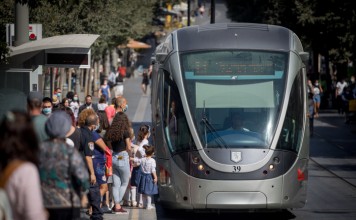 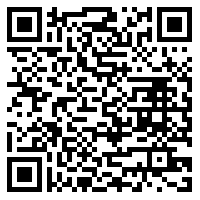