A survey conducted in mid-May, 2020, among 414 high-tech companies in Israel, of which most employ no more than 50 employees, paints a complex picture for the entire sector. According to the survey, conducted by the Israel Innovation Authority and IATI (Israel Advanced Technology Industries), half of respondents have experienced substantial impact due to the coronavirus crisis:

According to Aharon Aharon, CEO of the Israel Innovation Authority, “the picture painted by this comprehensive survey shows that high-tech companies, with an emphasis on smaller startups, are facing significant challenges. The fact that 65% of startup companies with between 1-10 employees have reported that they would be unable to continue beyond six months highlights the importance of government support. The urgency can also be derived from the fact that most respondents reported that they intend to apply for support from the Authority, especially via the accelerated grant channel which we have recently made public. The Israel Innovation Authority continues to monitor conditions in the high-tech industry, and is committed to providing tools to assist its recovery and the growth of the entire Israeli economy.”


Karin Meir Rubenstein, CEO and President, IATI, said: “The results of the survey show that many early-stage technology companies are facing bankruptcy, and the industry is not receiving sufficient assistance from the Israeli government. The additional support approved for high-tech companies, valued at 1.2 billion shekel ($342 million), is not sufficient and is not based on a thoughtful and methodical response. The innovation industry is the main growth engine of the economy and has been carrying the Israeli economy on its back towards unprecedented growth and prosperity, almost without any government support. The government must provide a comprehensive and immediate response to the problems already afflicting the industry due to the crisis, as well as the problems expected in its aftermath, in order to allow the industry to stabilize itself in the face of the expected recession. Among other steps, together with the Innovation Authority we have established a forum consisting of representatives of industry and government ministries, along with other organizations we are including, with the purpose of addressing companies’ sustainability. In light of the figures we have, the government must provide a response to the immediate needs that came up in the survey and provide financial solutions that will allow the industry continued sustainable existence. Otherwise, we are gravely concerned for a potential collapse of the high-tech industry as we know it, which would lead to an undermining of the entire economy.”

Funding: 91% of companies have reported a slowdown in funding. 40% of high-tech companies in the process of raising funds have been notified by investors that they are halting the process. 51% noted that the process is progressing slowly and only 9% have indicated that the funding process is progressing as expected. With regards to requesting additional funds from investors, companies have reported that most current investors are on the fence or are providing no support to companies. 51% have requested additional funds from current investors. Of these, 46% of companies reported that investors are still weighing their options, 19% have received additional capital and 35% have reported that investors have notified them that they cannot provide any support. Furthermore, half of companies submitting requests for loans from a financial entity or a bank have been denied, and a large share (30%) have yet to receive an answer. 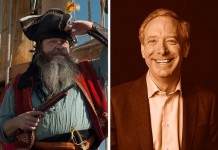 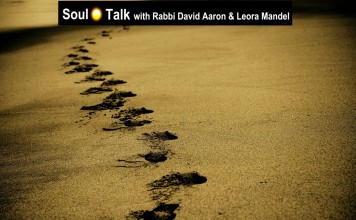