“The baby was crying…”


“I only had a couple of glasses of wine…”

We are often distracted – by phones, by music, by audiobooks, by noises, by the stress of our lives – and how many times have we not seen the light change, or the car that “suddenly” shows up alongside us? How many times has the child “darted out” in front of us, chasing a bouncing ball? Or a bicyclist come “out of nowhere”? And all these times… we have breathed a sigh of relief and sighed, “Whew, that was close…”

G-d has established the supreme value of a human life. To intentionally and maliciously steal life, to murder, is a terrible sin. But what about that “gray area” where our behavior or our actions inadvertently result in the loss of life; what about when someone dies even if… especially if… such a terrible outcome was not our intent? Such a result often comes about in unforeseen (but foreseeable) ways. A doctor prescribes a medication with an unconsidered lethal interaction with another medication the patient is taking; a parent runs into a store “for only a moment,” leaving her baby sweltering in a hot car; a homeowner does not secure his backyard swimming pool, only to have a curious neighbor child wander in…

When life is lost for whatever reason there must be an accounting.

In Masei, the Torah tells us that when one takes a life unintentionally, but with a clearly defined degree of carelessness – when, for example, he turns a corner holding a drawn knife and his victim, coming from a different direction, becomes impaled on it and dies – the perpetrator is to be exiled to the arei miklat, to a city of refuge. It is there that one who has unintentionally killed can escape the vengeance of the goel ha’dam, the avenger of the blood; and live in peace so long as he does not leave the boundaries of the arei miklat.

Rabbeinu Bachaya teaches that this exile clearly shows that one’s intent is key in assessing fault, certainly in the spiritual sense. Yes, a life was lost. Yes, the loss was as the result of this action. But, there was no intent for the action to result in the loss of life. The perpetrator’s body committed a crime; his heart and soul did not, and we hold that a man cannot be condemned to death unless body, heart and soul agree as to the wrongdoing.

Rav Soloveitchik speaks powerfully on what it means to be sent to the arei miklat. He teaches that such an exile is not simply punishment but is, in fact, atonement. When a life is lost, atonement is required. Nothing captures this requirement so powerfully as Rav Soloveitchik’s observation that if one were to be sentenced to exile for such an infraction and die before the sentence could be carried out, that is he never arrives at the ir miklat, he must be buried in one of the arei miklat. Likewise, if he should die while at the ir miklat, he is to be buried there.

One who kills b’shgaga (unintentionally) must atone, even beyond his own days on earth.

If only such a sensibility existed in our own times and communities; if only responsibility would be accepted, and atonement sought.

“You shall designate cities for yourselves, cities of refuge shall they be for you, and a murderer shall flee there – one who takes a life b’shgaga” (35:11). Six cities of refuge are spoken about in our parasha. These exist in addition to the other forty-two cities given to the Levi’im.

We see here that in the Torah, those who took a life unintentionally were granted a Divine gift – to escape the wrath of their avengers. But in doing so they were not escaping responsibility for their actions. They were banished to the arei miklat, all of which were cities inhabited by the Levi’im, of which there were forty-eight.

Why cities of the Levi’im? The Sefer HaChinuch (408) explains that Shevet Levi had been chosen for G-d’s service, “…because of their great stature, skillful actions and the grace of their merit, their land was chosen to absorb anyone who took a life b’shgaga… since they are men of pure heart who are known for their sterling traits and venerable wisdom…” So, it was that the guilty were sent to the cities of the Levi’im not to be imprisoned but to be placed in an environment of learning and spirituality, a setting where atonement and self-forgiveness could readily be achieved.

When innocent life was lost, spiritual rehabilitation is required.

Rav Gedalyah Shor explains in his Ohr Gedalyahu, the number forty-eight is, in Hebrew, mem ches. Mem ches spells moach – intellect, brains. The prophets are the moach of the Jewish people. Likewise, Torah is acquired through forty-eight methods.

Rav Shor, zt”l, tells us how we can understand the Chinuch’s explanation. The uniqueness of the Levi’im and their territory allowed them to absorb the unintentional killer who must have a way to find penitence and restore peace to his soul. In this, the Torah says, “…he shall escape to one of these cities and live.”

How powerful! To truly wrestle with the loss of Jewish life demands an environment of moach, forty-eight: prophets, cities and Levi’im. To be fully restored after causing the loss of an innocent life demands moach; it demands prophets, Levite cities, honesty and integrity – not panels, not politics, not a 24-hour news cycle.

The pain of Meron is still fresh in our minds and souls, even as the horror of the Champlain Towers collapse is newly evident each hour. And the horror of the Givat Zeev – Jerusalem bleacher collapse where several hundred were injured and three killed, inside a crowded, unfinished, non-approved synagogue structure.

One makah after another. Each calamity deserving its own kinah and lamentations.

Yesterday, after Shacharit, Reb Shimshon, a congregant, suggested that I write an essay discerning G-d’s message in these tragedies. “It is not simple,” I responded. I said this not because, as is always the case, the Divine and its message is never poshut but because I do not believe “G-d’s message” should be our focus. If we must “drag G-d into it” I would ask, what does G-d expect of us in these circumstances?

In Masei we learn that when even a single life is taken, even unintentionally, there is accountability, there are answers owed to G-d and man. The day after such a tragedy cannot be as the day before; it cannot be as if nothing happened. To go forward, we must cling to our mem-ches, our moach; our forty-eight prophets to seek honesty and integrity, not anger, cynicism, self-interest or egotism. We must seek “cities” of refuge; cities occupied by Levi’im, who will inspire us to seek the truth, and not whitewash it.

There was no intent to kill but there was a posture in which a loss of life was only too possible. What human failings, negligence, corner-cutting, profit-seeking resulted in – b’shgaga – the loss of life? No prophets consulted, and no Levi’im teaching the value of human life. In each circumstance, there was a cascade of errors and poor judgment, resulting in a horrible outcome. At each step, the outcome could have been avoided – how many reports, advisories, summonses were delayed, ignored, dismissed?

At each step, the judgment rests on man, not G-d.

In Mishpatim (21:13), where the Torah first teaches about cities of refuge, G-d says He “…shall make for you a place to which he may flee.” “For you” – implying that these cities stand for each of us. “But wait! I am not a killer,” you object.

Rav Dovid Feinstein, zt’l, suggests otherwise. If unintentional killing takes place, it is a reflection on the entire society – we have all been lax in our respect for human life. Who are the nameless bureaucrats who “guaranteed” that all was safe for the thousands to gather at Mount Meron? Are they the same who insisted on praying in the Givat Zeev synagogue with its unapproved bleachers?

Religious greed. Financial greed. Hubris. Zealotry. It makes no difference. Life was lost. Atonement is due from all of us. This is the thrust of G-d’s first message about cities of refuge. It is not only the one who killed unintentionally who must be banished to the arei miklat to seek atonement. No, it is all of us. 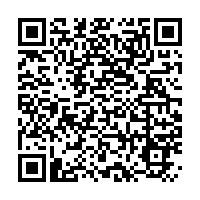