Rebbi Elazer ben Azarya would say, “One whose wisdom is greater than his deeds, what is he comparable to? To a tree with many branches and few roots; comes a storm and uproots it, and turns it on its face. As is stated, ‘He shall be as a lone tree in a wasteland, and shall not see when good comes; he shall dwell parched in the desert, a salt land, uninhabited’ (Yirmiyahu 17:6). But one whose deeds are greater than his wisdom, to what is he compared? To a tree with many roots and few branches, whom all the storms in the world cannot budge from its place (Avot 3:17).

A situation where one performs less action than what their wisdom dictates is understandably problematic; we need to translate theoretical wisdom into practical action. But why should one have even more action than wisdom?

The commentators offered two explanations. The Meiri understood the Tannaim to be teaching the importance of doing more than just what pure reason requires. The category of lifnim mishurat hadin (supererogatory) conduct is a great example of this idea (Ra’avan, Avot). Halacha may require only a certain minimal level of action. Caring and passionate people, though, go beyond this letter of the law.

Avot D’Rebbe Natan seems to have understood the need for additional action differently, because it links the requirement to the words “na’aseh v’nishma” (32:1). Proper commitment to avodat Hashem means fulfilling mitzvot even before we understand the rationale behind them; in this way, actions exceed wisdom (Tiferet Yisrael, Avot).

This explains why Rebbi Elazar ben Azarya quoted a verse that deals with bitachon (trust in Hashem) as the basis for this idea. Acting before understanding hinges on trusting that Hashem gives us Torah and mitzvot that are meaningful and worthwhile.

The Tannaim see action exceeding wisdom as more than just an important ideal. They see it as a condition for sustaining wisdom. Rebbi Elazar ben Azarya emphasizes this point through his comparison of the relationship of wisdom to action to that of branches to roots. One would have thought that wisdom is the root from which action sprouts. Rebbe Elazar teaches us that, ideally, wisdom should stem from action. Active performance of mitzvot and good deeds helps us develop a proper understanding of life and of the world (See Malbim, Shemot 24:7 and Ohr HaChaim, Devarim 12:28). We should therefore ground our lives and perspectives in action.

Rabbeinu Yonah took this idea a step further in order to explain why wisdom’s sustainability hinges on greater action. Since wisdom stems from action, one who values wisdom will act beyond what their wisdom dictates, with the aim of fostering additional wisdom. Not acting this way indicates a lack of appreciation for wisdom, and wisdom that is not properly appreciated is unsustainable.

Rebbi Elazar ben Azarya’s illustrative comparison between man and tree helps us appreciate the major impact that balancing wisdom and action has on our spiritual fortitude. The identity and belief system of one whose actions exceed his wisdom are impenetrable – he is well-grounded, stable, and protected from passing winds. One whose identity depends on his own wisdom, however, can be swayed by the “winds” of passing ideas and ideologies; he may find himself, to use Rebbi Elazar ben Azarya’s term, “flipped on his head.”

A person focused upon action has two feet on the ground. He has a strong foundation and is not susceptible to the blustery winds of changing times.

Wisdom to Grow With

Over the past few weeks, we have studied Rebbi Chanina ben Dosa’s two statements about wisdom’s sustainability. Wisdom is of great value and is worth pursuing, but its stability hinges on being preceded by yirah (fear of G-d) and exceeded by ma’aseh. A yirah foundation gives the wisdom acquired afterwards true meaning, while much action provides wisdom with strong footing and fertile ground to grow from. 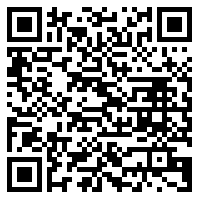