There are several references in the Torah to the experience that the Jewish people underwent at Mount Sinai. Perhaps the most crucial and traumatic was the Revelation itself. At Sinai the Jewish people heard the voice of Almighty G-d as He delineated the Ten Commandments. Then they witnessed the subsequent drama that ensued when Moshe broke the Tablets because of the sin of the Golden Calf. Moshe then ascended Mount Sinai to beseech G-d for forgiveness and to carve out a new set of Tablets. This entire drama first appears in the portion of Yitro and later in the portion of Ki Tisa.

However, the first reference to Mount Sinai in the Torah is one that I feel has special meaning for how we should conduct ourselves as Jews in our daily lives. In Parshat Shemot, we are told that Moshe was shepherding his sheep when he glanced up at Mount Sinai and saw a thornbush that was burning but was not being consumed by the fire.


Our Sages grapple with the meaning of this first encounter. Rashi states that the fire was a sign that G-d would be with the Jewish people even in hard times when they were slaves in Egypt. As an extension of the above, when a person grieves, G-d grieves as well. When the Jewish people are being oppressed in bondage, Almighty G-d is with them.

A second interpretation relies upon an obscure Midrash that states that this burning bush was a rosebush. The significance of this reference is that though the Jewish people might be as difficult as thorns, there are nevertheless “roses” among them, and for them alone it is worthwhile to save the people from oppression.

As an outgrowth of this interpretation, one might further posit that although within every Jew there are many “thorns,” there are, nevertheless, “roses” as well. Our charge is to always search for the good – the “roses” – in each and every Jew. Rabbi Soloveitchik states that in every Jew there is a “Ratzon Elyon,” a sublime desire to do what is correct. When we look at people we must always search for the virtuous aspects in their character. Though there are Jews who demonstrate bad qualities, there is also within them the potential for doing noble acts. Our job is to seek out and to bring to fruition that potential.

There is a third interpretation, the view of Rabbeinu Bachya, which states that the burning bush represents the Torah. The Torah was given to the Jewish people to give us warmth and support; to illuminate our lives and to provide us with the necessary tools to meet the challenges that we face daily; to offer comfort in difficult times. However, just as the bush was not being consumed, so too the Torah should never be used as a vehicle of destruction. No one has the right to use the Torah as an excuse to denigrate anyone, Jew or non-Jew. No one has the right to say that because he learns Torah he is by definition better than someone else. Only G-d has the right to judge anyone.

Some of the most incompetent people who led the Jewish people in times of need were still referred to as leaders by our Sages. The Talmud tells us that “Yiftach b’doro k’Shmuel b’doro,” Yiftach, who was perhaps not the best representative of Jewish leadership, was equivalent in his generation to the great prophet Samuel in his generation. We do not understand the ways of Almighty G-d, and no one has the right to use the Torah as an excuse to degrade another person. This is symbolized by the burning bush not being consumed by the fire.

These lessons demand the attention of the teachers among us who are actively involved in the instruction of Torah to our children. Rabbis who must berate others in the name of Torah to show their superiority are doing a disservice to our people. No teacher has the right to criticize anyone, Jew or non-Jew, or use derogatory language in the name of Torah. Too often teachers are quick to use insulting language to describe Jews who are less observant or non-Jews in any situation. They use phrases such as “goyesha kop.” A teacher who resorts to this type of language is in the wrong profession. We don’t use Torah as an excuse to belittle other people.

Secondly, teachers must have the ability and the desire to always look for the “rose” in every child. There is always good in everyone and certainly in all our Jewish children. Teaching is a serious responsibility. We have in our hands the power to destroy or to build.

As Haim Ginott so beautifully wrote:

“As a teacher, I have come to the frightening conclusion that I am the decisive element in the classroom. It is my personal approach that creates the climate. It is my daily mood that makes the weather. As a teacher, I possess tremendous power to make a child’s life miserable or joyous. I can be a tool of torture or an instrument of inspiration. I can humiliate or humor, hurt or heal. In all situations, it is my response that decides whether a crisis will be escalated or de-escalated, a child humanized or dehumanized.”

These principles gleaned from the burning bush should guide us in our daily interactions with others and be inculcated into the hearts and minds of all our people as we embark on the serious task of shaping the next generation. 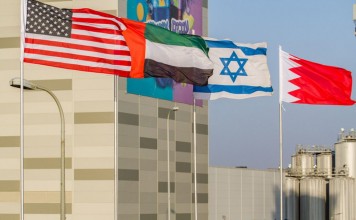 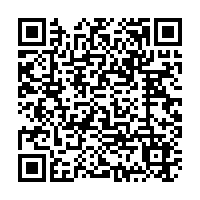