The Torah tells us that before Balak commissioned Bilaam to curse Klal Yisrael, he spoke to the elders of Midyan. Rashi explains why: When Balak saw Moshe Rabbeinu’s incredible conquests, he started to make inquiries about him and discovered that Moshe spent his formative years in Midyan. He therefore asked Midyan’s elder what they thought Moshe’s special powers were.

The Midyanites answered, “Ein kocho ela b’feh – His strength is only in his mouth.” In Parshas Masei, Rashi also speaks of the power of the mouth, writing that Bnei Yisrael’s craft lies in the mouth – “al yedei tefila u’bakasha – through prayer and requests.”

Rashi writes that since Bilaam usurped our ammunition and tried to harm us with the mouth, we adopted the ammunition of non-Jews against him – the sword – midah k’neged midah: “Bilaam ben Beor hargu b’charev” – Bilaam the son of Beor was slain by the sword (Bamidbar 31:8).

Our nation’s primary strength is not bows and arrows, spears and shields, or tanks and jets. As David HaMelech said, “Eile va’rechev v’eile vasusim v’anachu b’sheim Hashem Elokeinu nazkir – There are those who come with chariots and others with mighty steeds, but we come with the name of Hashem, our G-d.” This sentiment is also echoed in the famous verse, “Hakol kol Yaakov v’hayadaim yedei Esav” – The voice belongs to Yaakov, while the strength of Esav lies in his hands.

Utilizing our wonderful and brave IDF is a marvelous example of proper hishtadlus. But the IDF draws its strength from the tefillos of Klal Yisrael – as did the courageous chayalim of King David and Moshe Rabbeinu. Moshe sent 12,000 elite soldiers to conquer Midyan – “elef l’mateh, elef l’mateh – a thousand for each tribe, a thousand for each tribe.” Why does the Torah repeat these words? The Daas Zekeinim miBaalei Tosfos explains that he repetition indicates that for every thousand warriors in the field were a thousand tefilah specialists at home praying for military success.

In other words, success in the battlefield was determined by the heartfelt prayers of the Jewish people. Indeed, the emblem of King David – the six-sided star of David – symbolizes echad l’maalah v’echad l’mateh v’arbeh ruchos. The soldiers realized their strength lay in Hashem, who rules above and below and in all four directions.

Since Rashi describes prayer as our national profession, we have to study it and train ourselves in its skills just like we would study to become a doctor or lawyer. In upcoming articles, with the help of Hashem, I hope to give you an in-depth course on the many facets of this unique profession.

In the merit of learning our national skill set, may Hashem bless us with long life, good health. 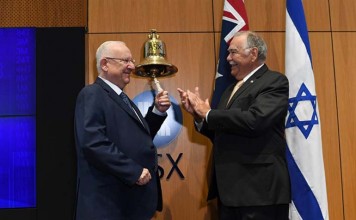