“You shall not desecrate My holy Name, rather I should be sanctified among the Children of Israel; I am HaShem Who sanctifies you, Who took you out of the land of Egypt to be a God unto you; I am HaShem.” (VAYIKRA 22:32-33)

The Rambam explains this commandment by teaching that “the entire House of Israel is commanded regarding the great mitzvah of Kiddush HaShem, as (VAYIKRA 22:32) states: `I should be sanctified among the Children of Israel.’ Also, they are warned against desecrating (His holy Name), as (the above verse) states: `You shall not desecrate My holy Name’.” (Yesodei HaTorah 5:1)


These mitzvot are given to each and every Jew to be safeguarded in our private lives and also to the Hebrew Nation to be performed as a collective. It is our responsibility to actively sanctify – and guard against desecrating – GoD’s Name through our personal behavior. In both the company of fellow Jews and in the presence of gentiles, we must be relentlessly careful to conduct ourselves with morality, consideration towards others and honest financial dealings. A Jew must always be conscious that the Hebrew Nation represents HaShem in this world and that Israel is a direct reflection of His Divine Ideal. Due to the merit of this tremendous responsibility, we must be careful to never behave in a way that could cause others to look negatively upon the Jewish people.

While the modern Torah world certainly emphasizes these teachings on an individual level, the importance of these concepts on a national level is regrettably often ignored. In order to fully understand the idea of Kiddush HaShem on a collective scale, we must look into the Books of our Prophets – prophecies meant to educate us on how to function as a strong and healthy nation on our native soil.

“So I poured My anger upon them because of the blood that they poured upon the earth – and they defiled it with their idols – so I scattered them among the nations and they were dispersed among the lands. According to their ways and their doings did I judge them; and they came to the nations to which they came, and they desecrated My holy Name when it was said of them, `These are HaShem’s people, but they departed His land’; but I pitied My holy Name that the House of Israel desecrated among the nations to which they came.” (YEHEZKEL 36:18-21)

This question reveals a profound truth concerning how God’s Name is perceived in our world. While Jews may have understood through the many centuries in foreign lands that HaShem had temporarily exiled us from our soil as a result of our transgressions, other nations view reality from a different perspective. Gentiles could easily argue that while our God had promised to make us a mighty nation and to bring us into our homeland where we would enjoy independence, security and abundance, Jews are scattered throughout the world and are very often victims of brutal persecution. God therefore decrees that the very exile – which He Himself brought about – is an objective desecration of His Name because it causes the nations to question His power.

The word chilul (desecration) stems from the root word chalal (emptiness), meaning that a profanation of God’s Name appears to empty His Divine Presence from the world and causes people to doubt His very existence. Because Israel is the national expression of HaShem, the nations judge God based on how they view His nation. When gentiles are ruling over and persecuting Jews, they see this not only as a sign of Jewish weakness but also as the weakness – or non-existence – of Israel’s God.

It is known that during the Holocaust in Europe, Nazi guards in the death camps would often taunt their Jewish victims with comments that inferred our God could not exist. For the Germans it was a simple equation. If there had existed a God of Israel, He would surely have intervened on His people’s behalf. Therefore, an event like the Holocaust (although each individual Jew who was killed died a death of Kiddush HaShem on a personal level) was a desecration of God’s Name on a national level. The mass victimization of the Jewish people brought the world to doubt the very existence of HaShem. 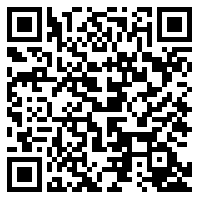