Israel received the INS Tanin – its fourth Dolphin class submarine – on Thursday, in an official ceremony at the Kiel shipyard in Hamburg, according to a statement released by the Israeli government.

Senior Israeli officials and their German counterparts launched the INS Tanin, “considered to be among the most advanced and sophisticated submarines in the world, and will be Israel’s most expensive piece of military equipment.” The submarine cost approximately $500 million, one-third of which was funded by the German Government, and is slated to arrive in Israel next year.


Defense Minister Ehud Barak – who last month signed an agreement to procure a sixth submarine – said that “the submarine will be another force multiplier in terms of the capabilities and strength of the IDF and the State of Israel in the face of the growing regional challenges.

The Navy has been undergoing a number of strategic changes in recent years,” he continued. “Changes that place it as the long arm of the IDF, at the very forefront of the campaign to secure the State of Israel.” The fifth Dolphin submarine will join the fleet in 2014. 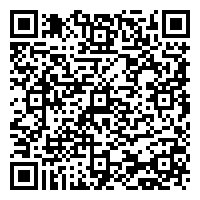