How often do you feel awe and admiration while witnessing beauty and excellence? Appreciation is one of the 24 character strengths and virtues that enhance well-being according to psychologists Christopher Peterson and Martin Seligman. They define it as the “ability to find, recognize, and take pleasure in the existence of goodness in the physical and social worlds.”

Peterson and Seligman make an important distinction between three different types of goodness that one can feel and show appreciation for: 1) physical beauty, 2) skill or talent, 3) virtue or moral goodness.


Furthermore, María Luisa Martínez-Martí and her colleagues report in a recent study that individuals who score high on an Appreciation of Beauty and Excellence scale generally report higher general senses of well-being, life-satisfaction, purpose, and hope. They also report more impactful spiritual experiences, and are more empathetic, sympathetic, and concerned for the well-being of others.

It is clear from the sheer number of verses related to the construction of the Mishkan, its vessels, and the clothing of the kohanim that the Torah is deeply interested in transmitting a theology of beauty. Moshe is commanded in the beginning of Parshat Tetzave to make holy garments for his brother Aharon “lekavod u’le’tifaret – for honor and for beauty” (Shemot 28:2). The commentators differ on the exact meaning of the verse.

Textually, it is unclear which noun “for honor and beauty” is modifying. Some understand that the clothing itself must be honorable and beautiful, so that if it is ripped or worn out, it would be invalid (Ralbag). Others argue that it is the kohen gadol who is being honored and beautified by the clothing, as the garments described were also worn by royalty (Ramban).

Still others argue that it is G-d (Sforno) or the Mishkan (Rambam) that is being beautified by the special clothing. Regardless of which approach we take, it is evident that there is an inherent value in magnifying and glorifying physical beauty as it relates to deeply sacred rituals. The spiritual experience is enhanced by the surrounding physical beauty.

Yet, the sense of awe and appreciation is not limited to the realm of physical beauty. Inherent in witnessing and experiencing the presence of the kohen gadol was also an appreciation of skill and talent. As is evident from the verses describing the performance of the sacrificial rituals, especially in the context of Yom Kippur, the work of the kohen gadol was complicated and required practice, precision, and determination. No doubt, spectators witnessing the kohen gadol (and even modern readers imagining the ancient scene) feel a sense of awe and appreciation of the skill required to successfully execute the rituals.

In his commentary Aderet Eliyahu, the Ben Ish Chai adds the final dimension of appreciation into the mix, namely, virtue and moral goodness. He argues that clothing cannot be an inherent symbol of character. If someone of low moral fortitude wears royal or regal attire, the contrast between his internal flaws and the external pretense makes the wearer even lower in the eyes of others. It is only if onlookers know of the pristine character of the wearer that the clothing can enhance his stature.

The Mishkan, and particularly the role of the kohen gadol within, provides a paradigm for us to nurture our sense of appreciation. If we learn to combine an appreciation of beauty and talent with an appreciation of virtue, we will enhance and deepen our relationship with ourselves, with others, and with G-d. 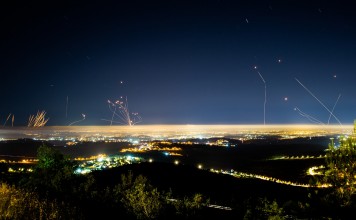