In his 1973 Pulitzer Prize winning book “The Denial of Death,” anthropologist Ernest Becker argued that subconsciously, we are so terrified of death, that everything we do, without even necessarily being aware of it, is in some way trying to deny the fact that we will die. Based on Becker’s work, psychologists Jeff Greenberg, Sheldon Solomon, and Tom Pyszczynski formulated what they call terror management theory (TMT). Their goal is to demonstrate through research that we behave differently when reminded, either subtly or explicitly, of death-related concepts. Hundred of studies of TMT have been conducted, many situated near funeral homes and cemeteries. One of the primary results of these studies is that when we are reminded of death, we manage the anxiety that comes along with such “terror” by thinking and behaving in such ways that build self-esteem and encourage us to invest in our value system.

As Moshe prophesizes in Shirat Ha’azinu about the eventual misdeeds of Bnei Yisrael and the consequential punishments, he laments that “if they were to be wise, they would understand this; they would reflect upon their fate – [yavinu acharitam]” (Devarim 32:29).

The basic understanding of the pasuk is that if Bnei Yisrael would be aware and mindful of the heavy costs of their actions, they would choose the course of their behavior more wisely. Rabbi Simcha Zissel Ziv, known as the Alter of Kelm, adds an additional level of interpretation in his work, Chochma U’Mussar (1:35). The fate [acharitam] that they should reflect upon is the ultimate fate of all of us, namely, death. As Rabbi Eliezer recommends (BT Shabbos 153a), we should repent every day, because who knows if tomorrow will be our last? Rabbi Ziv implores us to constantly bring awareness of death into our consciousness. This can raise our consciousness of our actions and motivate us to live a life based on our ultimate values.

In a captivating address launching the publication of the Koren Sukkot machzor, Rabbi Lord Jonathan Sacks suggested that this is the core message of Kohelet. The most prominent word in Kohelet is “hevel,” which Rabbi Sacks translates not as futile or vanity as most do, but as a shallow or fleeting breath. The running theme in the book is that we may be able to accomplish and accumulate a lot in this world, but in the end, we are all a breath away from death.

The first person to die in Tanach is Hevel, who is killed by his brother Kayin. Kayin’s name comes from the concept of acquisition. Many look to acquiring goods in order to assuage the anxiety that the fragility of life presents. But material acquisition, Shlomo HaMelech contends, is not the way to confront the existential anxiety. The true way to defeat the terror that comes from awareness of death is through simcha – by living in the moment, by being mindful of the present, and enjoying what you are given and can experience in the here and now, despite the fact that the present moment is fleeting. This pairs well, Rabbi Sacks argued, with the message of the holiday of Sukkot as well. A sukkah by definition is a temporary structure. The simcha of Sukkot is to rejoice in the temporary and in the insecurity.

When confronted by the inevitability of death, let us respond by maximizing our time, living a life guided by Torah and mitzvot, and being mindful – i.e., enjoying the simcha that is afforded by living in the present. 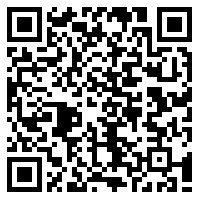