In his autobiography, Benjamin Franklin tells of a rival legislator with whom he was having trouble getting along. Franklin devised what may seem as a counterintuitive plan to win him over. Knowing that this rival had a rare book in his library, Franklin sent him a message requesting that the legislator lend him the book for a few days.

The legislator did so, and a week later Franklin returned the book with a thank-you note. Subsequently, the man, who up to that point had never spoken to Franklin, treated him with great civility. A friendship subsequently developed between the two that lasted the rest of their lives.

The explanation of this story became known in psychological literature as the Ben Franklin Effect. First studied in the 1960s by Jon Jecker and David Landry, the Ben Franklin Effect demonstrates that a benefactor who does a favor for another person is likely to have increased positive feelings towards that person even if the benefactor originally did not like the other person.

Researchers hypothesized that the psychological explanation for this phenomenon is cognitive dissonance. We tend to dislike having competing conceptions of ourselves in our minds, so we try to synthesize perceived differences. It doesn’t make sense to help someone I don’t like. If I did help such a person, therefore, I will subconsciously resolve that I must really like him.

If we pay close attention to the laws Moshe Rabbeinu repeats in Sefer Devarim, we will often notice discrepancies between the way he formulates them in Devarim and the way he originally formulated them. In Parshat Ki Teitzei, for example, we read, “If you see the donkey of your fellow or ox fallen on the road, do not ignore it – you must help him raise it” (Devarim 22:4). Yet, in Parshat Mishpatim, we read, “When you see the donkey of your enemy lying under its burden and would refrain from raising it, you must nevertheless raise it with him” (Shemot 23:5).

Rabbi Meir Simcha of Dvinsk, in his Meshech Chochmah, suggests that something significant happened in between Parshat Mishpatim and Parshat Ki Teitzei – namely, the sin of the Golden Calf. To make his point, Rabbi Meir Simcha first references the Gemara (Pesachim 113a), which is bothered by the use of the word “sona’acha” in Parshat Mishpatim. Doesn’t the Torah (Vayikra 19:17) prohibit us from hating each other?

The Gemara answers that there is an exception to the rule. One is allowed, and perhaps even obligated, to hate someone whom one has seen transgress a commandment. Rabbi Meir Simcha, however, argues that this exception only applied before Bnei Yisrael sinned with the Golden Calf. Afterwards, we all became spiritually flawed and limited.

Only someone pure and virtuous is allowed to harbor righteous indignation towards those who have sinned. After the sin of the Golden Calf, nobody is that pure; hence, everyone should be considered brethren. That’s why “enemy” becomes “fellow” in Parshat Ki Teitzei. Using the word “enemy” was no longer a viable option.

Rabbeinu Bechaye suggests a different answer. He writes that the Torah is hinting at a strategy to transform someone from an enemy to a friend. If you don’t like someone, go out of your way to help him and you will come to like him. By doing him a favor, you will become his friend. In other words, the switch from “sona’acha” to “achicha” teaches us about the Ben Franklin Effect.

If we would like to decrease the amount of strife and hatred in our lives, we would do well to internalize these messages. First, realize there are limited acceptable justifications for hating someone. Second, consider doing people you dislike a favor. By acting kindly towards them, you can alter your own perceptions and enhance your relationship with them, transforming them from “sona’acha” to “achicha.” 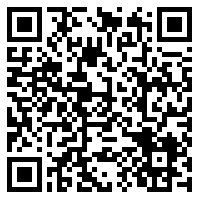