The young reporter was given the prestigious assignment of covering the event of the year: a gala ball that was to be attended by the greatest and most influential dignitaries and politicians of the time. He was selected because of his keen and astute writing ability and his reporting skills. He was instructed to bring an escort and pose as one of the invitees, and then interview people as they arrived and participated in this illustrious event.

When he arrived, the large hall was filled with couples. Some were just mulling around and talking, but the vast majority of them were on the dance floor, dancing with their partners. It seemed like there was a sea of dancers, and this reporter, for lack of anything better to do at the time, took his escort by the hand and began to also dance.


To his surprise, however, wherever he turned he was met with different people who bumped into him, stepped on his toes, or were just plain rude. “How could this be happening?” he thought. “These people seem uncivilized, each pushing and shoving the other just to gain some extra space on the dance floor!”

He seated his escort at the table and retired to the balcony, angry and disgusted. He took out his small computer and began to type an angry and disheartening article lashing out at this so-called upper echelons’ ball and the participants who acted like uncivilized animals.

As he was typing feverishly, he by chance looked up from his computer and glanced at the dance floor. It was then that he noticed something remarkable. It seemed from afar that the movement on the dance floor resembled a symphony, almost like poetry in motion – people swaying back and forth in beautiful motion and harmony. The beauty was mesmerizing.

It then occurred to the reporter that perhaps he had been too close to the dance floor before, and what he had needed to do was to step back and see the entire picture to truly appreciate what was happening.

Often in life we become so involved in our daily lives – putting out fires, taking our children to school, meeting deadlines, attending meetings – that we forget what we have and the blessings that Almighty G-d has bestowed upon us. Perhaps that might be one of the reasons we have Shabbat – a time to pause, reflect, and look at what we have from a distance – to see the forest, and not just the individual trees. Sometimes we must step back from the dance floor to appreciate the beauty and the poetry, the wealth that we truly have.

We tend to jump to conclusions when we see a person behaving in a certain way, not realizing that we don’t really know the full story. We make quick judgments on people based on dress or behavior, not understanding the entire picture of what they might be going through or what the nature of their situation really is.

Such is also true when we think of the blessings that we as a nation enjoy. The United States is a nation of chessed, a great country where one has religious freedom and the ability to live a prosperous life.

We need to also step back and appreciate the magnificent miracle of the State of Israel, where Torah is studied more so than any time in the history of the Jewish people and where we can witness daily the realization of the prophetic words of the prophet Zecharia occurring right before our eyes. Rabbis living in previous generations would have given anything to be allowed to visit the holy places that we have access to today.

Step back and appreciate what you have! Dwell on the positive and not on the negative! And thank G-d that you are alive to enjoy all this. 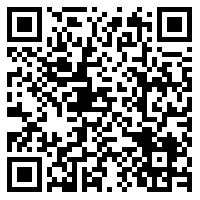