Rabbi Chanina Sgan HaKohanim (RCS”H) says: one should pray for the welfare of the government, as were it not for the fear of it, man would swallow his fellow alive.

Rabbi Chanina Ben Teradyon (RCB”T) says: two individuals who sit together and do not discuss words of Torah between them, this is considered a session of scorners, as it says: “nor sat he in the seat of the scornful…” (Tehilim 1:1) but if two sit together and discuss words of Torah between them, the Shechinah rests upon them, as it says: “then they that feared the Lord spoke one with another; and the Lord listened and heard, and a book of remembrance was written before Him, for them that feared the Lord and that thought upon His name” (Malachi 3:16) (Avot 3:2).

This second mishnah of Avot’s third perek quotes two seemingly unrelated statements in the name of two Rebbi Chaninas. Why are the two statements placed together? Are they connected by only the shared first name of the rabbis?

Looking more carefully at the two statements, we notice that both include the same three words – “man with his fellow.” This is because both statements address forms of interpersonal relationships.

Though people are meant to assist and enrich each other’s lives, our natural selfishness and competitiveness often makes relationships tense and even hurtful. Our mishnah teaches how to avoid dangerous relationships and how to forge positive ones.

The mishna opens with RCS”H warning of an anarchic situation where people “swallow each other alive.” Government is needed to keep people from abusing one another. RCS”H encourages us to pray for the peace of the monarchy so it can fulfill this important role.

RCB”T’s statement, quoted immediately after RCS”H’s, teaches how to create the ideal interpersonal relationship – one that (even!) Hashem’s Shechinah resides within. He explains that when people include Torah as a basic part of their relationships and meetings, Hashem not only joins, but even records their words in a special “book.”

Though the idea of Hashem’s Shechinah residing amongst people learning together appears later in this perek (mishna 6) as part of Rebbi Chalafta ben Dosa’s longer list, it is also mentioned by our mishna to highlight the impact Torah learning has on our relationships. RCB”T’s usage of the term “yesh beineihem divrei Torah” to describe the context of the two people’s Torah learning emphasizes this point. His goal is to depict not just two people learning, but specifically the Torah presence “between them.” Hashem is not just present, but also records their Torah because Torah is what the two share, their bond, and what “fills the space between them.”

RCB”T also relates to the flipside – the problematic nature of meetings that lack Torah content. Sharing Torah at meetings is not just ideal; it is critical. Without it, the meeting is deemed a “moshav leitzim (meeting of scoffers).” Why is meeting without including Torah content so severely problematic?

Some (e.g. Mirkeves HaMishna) explain that when meetings lack a Torah context, they inevitably gravitate to problematic content. The Rambam (Mishneh Torah, Hilchot Tumat Tzara’at 16:10) details a process like this: conversations may initially concern neutral (meaningless) matters, but the topic often moves to negativity about other people and eventually towards even Hashem Himself. The Rambam concludes by contrasting this with “sichat kashrei yisrael (the conversation of kosher Jews)” which focuses on Torah and wisdom.

This answer explains the juxtaposition of our mishna to the perek’s first mishna. The first mishna encourages reflecting upon the nature of our existence in order to inspire us to avoid aveirah. Our mishna adds that avoiding aveirah is not enough. We need to involve ourselves in positive content. Spiritual, like physical, nature abhors a vacuum. if we do not fill our time with chochma, it will end up being filled with negative content (Avot D’Rebbi Natan 20:1 & Rambam, Mishneh Torah Hilchot Issurei Bi’ah 22:21).

We can take the mishna’s message a step further: A meeting lacking Torah content is problematic, not only because of the eventual negative consequence, but in and of itself. We see this in the prooftext quoted by mishna: “…u’v’moshav leitzim lo yashav (he did not sit in the scoffer’s seat)” (Tehillim 1:1-2). How does this pasuk, which merely encourages avoiding a moshav leitzim, teach that meeting without Torah is considered one?

The Avot commentaries explain that the proof is from the continuation of the pasuk: “ki im b’Torat Hashem cheftzo (rather, he desires Hashem’s Torah).” Both parts of the pasuk together make an important point. We should avoid meaningless meetings because we desire Torah learning so much that we cannot bear to waste the time we could be spending learning. Additionally, a person passionate about Torah will naturally share Torah with anyone he meets with.

The Chasid Yavetz and the Sefat Emet compare such a person to one given the opportunity to keep whatever gold coins he manages to count out over a limited period of time. A person who squanders the opportunity by wasting his time clearly does not appreciate the value of gold. So too, a person who truly values Torah will take full advantage of the opportunity to speak in Torah with anyone they meet.

The question of how we spend our time with others and in general has become even more important in contemporary times. The industrial and technological revolutions afford us more time and meaningful opportunities for how to spend it. Most of the world devotes most of this newfound precious time to (at best) meaningless pursuits. We are blessed with access to Torah – the study of which is the best use of our time.

The tefilla Rebbi Nechunya ben Hakaneh said when leaving the beit midrash (Masechet Berachot 28b, which we recite as part of a siyum) includes thanks to Hashem for including us amongst the yoshvei beit hamidrash (those who sit in the beit hamidrash) and not yoshvei karanot (idlers). It is one or the other: either we have Torah learning as a constant goal (even when we are unable to be involved in it) or, inevitably, we waste much of our time idling. Even if we sometimes have meaningful things to be involved in, only a commitment to and focus upon Torah learning ensures that we maximize our time. 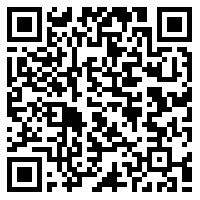