Rabban Shimon ben Gamliel used to say: On three things does the world stand: On justice, on truth, and on peace, as it is said: “Execute the judgment of truth and peace in your gates” (Zecharia 8:16) (Avot 1:18).

The first chapter of Avot ends Rabban Shimon Ben Gamliel’s teaching that the world “stands” on three pillars: din, emet and shalom (Avot 1:18). This recalls the beginning of the chapter, which quoted a similar statement regarding Torah, avodah, and gemilut chasadim in the name of an earlier Shimon, Shimon HaTzaddik (Avot 1:2). What is the relationship between the teachings of the two Shimons? Clearly, Shimon Ben Gamliel (Rashbag) built off the idea formulated by the earlier Shimon HaTzaddik. Is he disagreeing with that idea, or further developing it?


The Meiri’s (Avot 1:2) version of Rashbag’s statement highlights a significant difference between his teaching and that of Shimon HaTzaddik’s. While the latter listed three things the world “stands upon,” Rashbag described the three things that are mekayem – “sustain” the world. In other words, while Shimon HaTzaddik identified the purpose of existence, Rashbag related to what the world needs to exist – what sustains and maintains a functional, healthy society.

We begin our study of Rashbag’s three pillars with emet – truth. Emet is more than just one of Hashem’s thirteen attributes (Shemot 34:6); it is what He uses as His seal (Yoma 69b). This has significance for humanity as well. Rabbeinu Yonah (Avot 1:18) explains that valuing emet should inspire us towards constant teshuvah and reflection. We should strive to live in the way Hashem (who described as “true”) teaches us in His Torah, which is His true word.

Rabbeinu Yonah emphasizes the importance of emet to interpersonal relationships as well. The Torah prohibits lying to others (Vayikra 19:11) and Dovid HaMelech includes “truth (even) of the heart” as one of his eleven basic Jewish (behavioral) principles (Tehillim 15:2; Makkot 24a). If we cannot rely on each other, personal relationships and the broader society unravel.

Understandably, judges responsible to maintain a healthy, fair, functional society need to be “men of truth” (Shemot 18:21). This attribute gives them the best chance to achieve the first goal listed by Rashbag – din (law/justice). Though they are not always able to determine truth and often recommend compromise in order to maintain shalom (the third value in the mishnah), judges should never allow either of these factors to blur their vision of the truth. A society lacking the moral compass of truth inevitably becomes rife with cynicism and competition generated by competing personal interests.

The commitment to justice is the basis of Hashem’s contrast of Avraham with the people of Sedom. The people of Sedom acted cruelly towards others and generated ze’aka (cries) and tze’aka (shouts) (Bereishit 18:20-21). The Torah tells us that Hashem felt compelled to tell Avraham about the destruction of Sedom because Avraham intended to teach his family “the way of Hashem, which is tzedakah u’mishpat – justice” (Bereishit 18:19).

Hashem chose Avraham because he appreciated what the world needs for its survival. Hashem created our world and entrusted it to us with the expectation that we would maintain it properly. Understandably, the Gemara (Shabbat 10) teaches that one who judges justly is considered Hashem’s partner in creation. This partnership is the basis of our eternal closeness to Hashem. Hoshei’a HaNavi quotes Hashem as declaring that he betroths us eternally to Him through the medium of our pursuit of justice” (Hoshei’a 2:21).

The Torah continues, after relating the history of Avraham, to emphasize the pursuit of justice. Shemot (18:13-16) tells us that leading up to Matan Torah, Moshe spent his entire day judging cases. Vayikra (19:36) mandates just weights and measures, and Devarim includes parshat Shoftim, which is named for the judges it requires us to appoint and charge with the mission of tzedek tzedek tirdof – the pursuit of justice (Devarim 16:20-21). Shoftim also links our survival and thriving in Eretz Yisrael to this pursuit (Devarim 16:21). One can understand that this link is rooted in more than heavenly reward and punishment, for an unjust society disintegrates.

Naturally, Dovid and Shlomo founded their dynasty in Yerushalayim upon this principle. When Dovid HaMelech first ascended the throne in Yerushalayim, we are told that he was “oseh mishpat u’tzedakah” (Shmuel II 8:15). In Sefer Tehillim (Ch. 122), Dovid linked Yerushalayim’s achdut, peace, and security to the courts that ensured justice. Shlomo continued to emphasize this important tradition to the degree that it was the salient point the visiting Queen of Sheba most appreciated about his empire (Melachim I 10:9).

Sadly, the Jews of Yerushalayim and Eretz Yisrael veered from this path. In response, Yeshayahu HaNavi addressed them as officers of Sedom (Yeshaya 1:10). A people and city meant to contrast the Sedomic ways had come to emulate them. Yeshayahu quoted Hashem as bemoaning the fact that the city He invested with a natural inclination toward justice had become filled with murderers and cheats (Ibid 1:21). This brought about the exile predicted in Shoftim.

Yeshayahu prophesized that the geulah will come when the Jewish people return to the path of justice. At that point, Hashem will restore the righteous judges and Yerushalayim will once again be associated with justice. Yirmiyahu HaNavi adds that at that time Hashem will regenerate the Davidic dynasty in its original form of mishpat u’tzedakah (Yirmiya 33:14-16). May we live by the light of true values and be honest with one another so we can build communities, cities, and countries that embody the justice Hashem expects from our world. 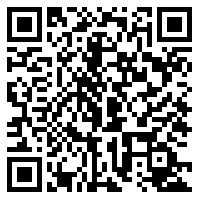