The following is a revised version of the speech Rabbi Rackovsky gave in his shul on November 10, Shabbos Parshas Chayei Sarah

Usually, when I begin a speech, I start with something interesting, lighthearted or funny – to get your attention and lead into the speech itself. Permit me to deviate from that this week, because there is nothing funny, lighthearted or interesting about what so many of us are experiencing, and if not us, than our friends, loved ones and neighbors, and if not them, than people a few miles away from us in Long Beach or Far Rockaway who have lost everything to 14 foot waves, or a little farther away where helpless Senior Citizens are living without water or power in high rises on the Lower East Side. The scope of the utter devastation, the loss of so much – property, money and memories – is too much to comprehend. So what is there to say when perhaps it is more appropriate to say nothing? I’ve been struggling with this for the past few days, so permit me to share some of what I’ve been thinking of that may give us a framework. I hope my words will be accepted, and apologize in advance if they are somehow simplistic, insensitive or inappropriate.


This morning, we read the incident of the Shunamite woman’s encounter with the remarkable prophet Elisha. On his way back from saving the family of the wife of one of the prophets, who was in danger of having her children taken into slavery by creditors, Elisha stopped in Shunam at the home of a self effacing woman who was so desirous of such an illustrious guest that she built an addition onto her home so he could rest there on a regular basis, and that is what he did.

On this particular trip, Elisha asked his assistant, Geichazi, to find out what this woman wanted. Geichazi perceived that she had no children so Elisha promised her that within a year, she would be hugging a child of her own. That is what happened. Then the Navi tells us that some time later, that child began to feel sick, and in his mother’s lap, he passed away. She lay him down and then sent for a young man and a donkey so that she could go to Elisha.

Her husband was surprised – after all, it was not a time that one would normally go to visit a prophet, but she said, “Good bye, I’m going.” The Haftorah ends with the child being resurrected by Elisha, but that is only in one tradition. If you look in your Chumash, there is another custom, that of Sephardim, Yekkies (German communities) and Chabad Chassidim. In their mesorah, they end the Haftorah reading when the Shunamite woman leaves to see Elisha.

I can understand the former custom, the one we adhere to here and in many other congregations. It brings the narrative to a satisfying resolution; a woman faced with the tragic loss of her only child is given that child back. But what is the meaning of the second custom? Why end there, right in the middle of the story?

My friend and colleague Rabbi Daniel Yolkut of Pittsburgh suggested that that is precisely the point of the pause. When we read biblical narratives, we know how they end. We know that Yitzchak, in the end is saved from the Akeidah, we know that Korach and his followers were all swallowed up by the earth, and we know that the Jewish people are saved from Haman. But we only know that because we have the benefit of hindsight, where we are privy to the entire narrative. But to really understand what the protagonists are feeling, we need to put ourselves in their place, and understand that to them, the narrative was far from over. The Shunamite woman was grasping at straws, and she had no idea how the story would end, whether Elisha would be able to help her at all during her darkest moments, but she turned to something and someone greater than her for help. It is in this unfinished ending, and where it leaves off, that we can learn some powerful lessons. 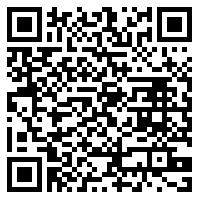