One of the off the beaten track areas in Eretz Yisrael that I enjoy taking adventurous visitors to are the southern Hevron Hills.

As we drive south from Yerushalayim, passing through the very cradle of Jewish history, with its rolling green hills along the Patriarchs and Matriarchs path or the “Road of Heroism” as it is some times called, we resist the magnetic pull to stop at Gush Etzion or Hevron and continue south, fully cognizant that more Jews walked on this path than on any other road in history.


Soon, after passing the turn off to Hevron, the rolling vineyards give way to another dimension of the Land. The rich vineyards and orchards become sparser and give way to a gradual descent into a dryer, wider expanse. We are entering the borderland of the Judean Desert.

The southern Hevron hills stand as a sentinel facing east and the desert as it rolls down towards the Dead Sea.

Here one can see the desert as far as the horizon.

It is to this land, suspended between civilization and wilderness, that young David sought refuge from a jealous King Shaul. Here he locked horns with Naval HaKarmi and met his wife to be, the wise and beautiful Avigayil.

There is even a new Jewish pioneer town, Carmel, situated just where it was in ancient times. Talk about “the children returning to their borders!” I always find it inspiring to visit one of these villages unannounced. Invariably the residents are only too happy to answer all questions and, more often than not, invite you in for a visit. The smaller and more vulnerable the village, the more hospitable its residents. I have some favorite tiny ones that I just love to bring unsuspecting visitors to. They can not help but be affected, indeed bitten by the spirit.

We come to our destination, Susyia. Today Susyia is a thriving village that attracts students form across Eretz Yisrael to their prestigious schools Its field school is home base for those who come to study the region for a day or a month where. They take their touring very seriously.

Next to modern Susyia is the excavated ancient town of Susyia. In the centuries when Jews were banned from Roman and Byzantine Jerusalem, and from the center of the country, they were forced to cling toan existence on the fringes – like in the South Hevron hills.

Unearthed recently is an entire Jewish town dating back to the times of the Talmud. Homes, ritual baths, guard walls and towers to warn of approaching bandits, wells, burial caves, underground work shops and escape tunnels – an entire town

Perched on the upper part of the town is the synagogue. Resplendent with an intricate weave of moasiac floors depicting Jewish symbols and Hebrew dedications and blessings, it was lovingly revealed by Israeli archeologists a few years ago. To think, a robust Jewish community lived right here where we sit. They prayed and conducted their business just where we stand. For hundreds of years Jews clung to the place until the Moslem conquest and the final expulsion or forced conversions in the seventh century. And today we are back. What a country! 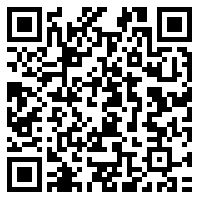