This Shabbos is Tu B’Shevat, the Rosh Hashanah of the trees. This New Year pertains to the halachos of ma’aser, as one cannot take ma’aser from one year’s fruit for those of another year. The Shulchan Aruch (Orach Chayim 131:6) states that we do not recite tachanun on Tu B’Shevat, and this year we will not recite Tzidkascha at Minchah. The Magen Avraham writes that people have a minhag to eat fruit on Tu B’Shevat. The Knesses Yisrael says that there is a minhag to eat fruit specifically from Eretz Yisrael in order to be mechavev its mitzvos and fruit.


Eretz Yisrael is also mentioned in in the berachah of “Nodeh Lecha” in bentching. In fact, the first thing we thank Hashem for in this berachah is giving us Eretz Yisrael. Why do we mention this gift before the gifts of Torah, bris milah, life, and food?

To answer this question we must understand why it is that Hashem created fruits in general and why He gave us Eretz Yisrael, a land with such spectacular fruit. And we can begin to understand this based on the following fundamental idea from Rav Chaim Shmuelevitz, zt”l: He explained that a person shows his love for another by doing extra, unnecessary, things for him. He explains that that is why Hashem arranged for the caravan transporting Yosef to Metzrayim to possess a pleasant smell (instead of the usual foul stench).

Tosafos (on Berachos 37a, d”h “borei nefashos”) explains the berachah of Borei Nefashos as follows: With the words “borei nefashos rabbos v’chesronan,” we thank Hashem for bread and water, necessities of life, and with the words “al kol ma shebarasa lihachayos…,” we thank Hashem for the “extras” He created. Tosafos explains that Hashem created things that are not necessities, such as apples, for the purpose of enjoyment.

Why did Hashem create extras? As Rav Chaim explained, it is the extras that demonstrate His love for us. The Mishnah (Pirkei Avos 3:18) says, “Chaviv adam …chavivin Yisroel shenikri’u banim….” Hashem loves all of humanity, but He loves Bnei Yisrael more than other nations.

The reason why Hashem gave us Eretz Yisrael, whose fruits were spectacular and enormous, is because He loves us more than other nations. He wanted to give us the land that would produce the most “extras.”

And that is why we begin Nodeh Lecha by thanking Hashem for the “extras” of “eretz chemda tova u’rechava.” It is in these extras that we see His special love for us. Only afterward do we thank Hashem for the necessities – redeeming us from Metzrayim, milah, Torah, and life.

That is also why we mention eating the fruits of Eretz Yisrael in Al Ha’michyah. We want to show Hashem that we appreciate the things He does for us which demonstrate His love for us.

And perhaps this is also why we eat fruit of Eretz Yisrael on Tu B’Shevat – again, because it is with these fruits that Hashem shows us His love.

The Gemara (Sanhedrin 98a) says that the greatest siman that the ketz is imminent is Eretz Yisrael producing fruit in abundance. For nearly 2,000 years, when Bnei Yisrael were not in Eretz Yisrael in a permanent manner, the land was desolate and could not produce. When the UN voted to give Eretz Yisrael to the Jews in 1948, an article appeared in the New York Times that questioned how millions of Jews were planning to settle in such a desolate and barren land. Today, fruits are growing in Eretz Yisrael in tremendous abundance. Without a doubt, we have witnessed the occurrence of this sign.

So now what? What is the purpose of Hashem sending us a sign that the geulah is imminent? The answer is simple. Imagine if Eliyahu HaNavi would come and announce today that the geulah is coming next week. It is safe to believe that everyone would know what to do, and what to do teshuvah for. The purpose of giving us a sign is for us to get ready and prepare ourselves.

Perhaps the reason why the greatest sign that the geulah is imminent is Eretz Yisrael producing fruit in abundance is because fruit is Hashem’s way of showing us love, and the fruits of Eretz Yisrael demonstrate His love for us over the nations of the world.

The message of the geulah imparted with this sign is complemented by the expression of Hashem’s deep love for Klal Yisrael expressed by the fruit. We should reciprocate with tremendous love for Hashem, and we should begin to prepare ourselves for the geulah!

As we eat fruit this year, let us think of the wonderful land Hashem has given us, and remember that the fruit of Eretz Yisrael have begun growing in abundance, displaying the love Hashem has for us, and the sign of the imminent geulah they represent. May we be zocheh to see the coming of the geulah. Amen. 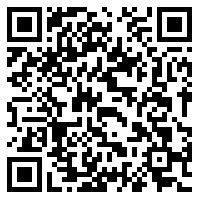