Editor’s Note: We interrupt our discussion on “A Missed Torah Reading” to address the following time-sensitive question.

Answer: The first mishnah in Tractate Rosh Hashana states that there are four New Years (lit. “Heads of the Year”): one in Nissan, one in Elul, one in Tishrei, and one in Shevat. These New Years, according to the mishnah, are regarded as the beginning of the year for the fulfillment of various precepts:

These various New Years are intertwined with the laws of ma’aser rishon (the first tithe, which is given to the Levites), f th had tithe ding ve answer —ma’aser sheni (the second tithe, set aside during the first, second, fourth, and fifth years of the shemitta cycle and which must be eaten in Jerusalem), and ma’aser ani (the tithe set aside for the poor during the third and sixth years of the shemitta cycle, replacing ma’aser sheni).

The Rambam (Hilchot Ma’aser Sheni 1:2 and Hilchot Terumot 5:11), based on Tractate Rosh Hashana (14b and 15b), rules that we follow the view of Beit Hillel. The Gemara (ibid.) sets the date of the 15th (tet vav or more colloquially “tu”) of Shevat as the determining date for what tithe one should give that year.

In Bnei Yissaschar, the Dinover Rebbe, Rabbi Zvi Elimelech Spiro, derives from the wording of the mishnah, “the New Year of the tree” (in the singular, as opposed to the plural), that on the 15th of Shevat every Jew should pray for a choice etrog that is beautiful to look at and meets the most meticulous requirements (mehudar). He understands “the tree” to refer to one particular tree, the citron tree.

The Mechaber (Orach Chayim 572:3) states regarding the laws of fasting that “a community that desires to proclaim a public fast for a Monday-Thursday-Monday (ta’anit b’hab) must defer it by one week if one of the fast days would fall on Tu B’Shevat.” The Rema adds that if the community has already started the fast schedule, it is not canceled (although it would be if one of the days was Rosh Chodesh or Chol Hamo’ed).

The Magen Avraham and Ba’er Heitev both relate that the Maharil once decreed that the community refrain from eating meat every Monday until Rosh Hashanah. That year, the 15th of Av (which is comparable in status to the 15th of Shevat) fell on a Monday, and the Maharil refused to eat meat. Eating meat, however, was permitted on the eve of Yom Kippur (when we have to eat two se’udot with meat) and on the occasion of a se’udat mitzvah since these exceptions were presumably calculated when the edict was made.

The Maharil’s behavior conforms with the view of the Rema (supra), who indicates that Tu B’Shevat has a lesser status in regard to fasting. The Rema’s view comes after he records the halacha (572:2) that a community that has already started a fast on Rosh Chodesh, Chanukah, Purim, or Chol Hamo’ed may complete it but must fast on another day for having fasted on that day (“meisav ta’anit l’ta’anito”).

The Magen Avraham explains that even though Rosh Chodesh is referred to as a “mo’ed” (a festival), it is not a yom mishteh ve’simcha (a day of feasting and rejoicing). The Yad Ephraim points out that Purim is indeed referred to as “yom mishteh ve’simcha” (Megillat Esther 9:17), but he notes that Rosh Chodesh is de’oraita (Biblical) while Purim is not.

In reference to the Tachanun prayer and Nefilat Appayim [lit. falling on one’s face], the Mechaber states (Orach Chayim 131:6) that our custom is not to do so on Tu B’Shevat and other semi-holidays.

(Note: The Talmud [Megillah 22b] refers to the custom of falling on one’s face when prostrating during Tachanun on a public fast day. Rav, who happened to be in a synagogue in Babylon on a public fast day, did not “fall on his face” when the rest of the congregation did so. The Gemara assumes that the reason he did not do so is because the floor of the synagogue was made of stone, and we are instructed (Leviticus 26:1), “Ve’even maskit lo titnu be’artzechem le’hishtachavot ale’ha – You shall not place a stone covering in your land to prostrate yourselves upon it.” “Ale’ha” is understood to refer to a stone covering “in your land,” meaning wherever you live [excluding the Temple, where it is permitted]. The Gemara also offers an alternative answer – that only full prostration, with one’s arms and legs extended, that is prohibited. Today, we make sure that there is something, such as an arm, separating our faces from the floor.)

There is no mention in halachic sources of the necessity of holding a formal se’uda on Tu B’Shevat, just as there is none for Rosh Chodesh. But the Magen Avraham and the Ba’er Heitev (loc. cit.) cite two interesting minhagim. One is that on days when no Tachanun is said, “Bnei Austria” did not eat lentils since these denote mourning. The other custom is that Ashkenazic Jews eat many kinds of fruits growing on trees on Tu B’Shevat. Of course, we have to be careful to recite shehecheyanu on new fruits in addition to the regular blessing we make before eating fruit (see Shevet Mussar, quoting the testament of R. Eliezer HaGadol to his son).

Although “Bnei Ashkenaz” is mentioned, Sefardim also celebrate Tu B’Shevat. In fact, Rabbi Yitzhak Yosef, the Chief Sefardic Rabbi of Israel and son of the Gaon Rabbi Ovadia Yosef, zt”l, devotes no fewer than nine paragraphs to the laws of Tu B’Shevat in his halachic work Yalkut Yosef. He notes (Hilchot Tu B’Shevat, siman 4) the custom of Sefardic Jews to learn Mishnah and Zohar on the night of Tu B’Shevat, including the laws pertaining to orlah, terumah, and ma’aser.

Tu B’Shevat does not affect our prayers nor is there any specific Torah reading for it, whether it falls on Shabbat or on a weekday. Rabbi Yosef, however (siman 6), discusses when we should eat new fruit when Tu B’Shevat falls out on Shabbat. If we eat it after Kiddush but before washing for the meal, there is a dispute among poskim whether one should say an after-blessing for the fruits or just wait for Birkat Hamazon at the end of the meal. He suggests, therefore, that we eat the fruit during the meal itself.

Is it proper for a husband/father or wife/mother to leave their family for an extended period of time? 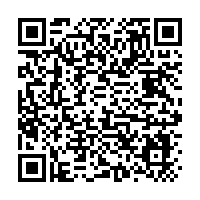