Who is responsible for our pain and suffering? In Parshat Ha’azinu Moshe tells Bnei Yisrael that G-d is perfect and just. He is without iniquity, righteous, and upright. Blemishes belong to His children, a warped and twisted generation (Devarim 32:4-5). The Rambam, quoting this parshah, writes:

Man’s existence is nevertheless a great boon to him, and his distinction and perfection is a divine gift. The numerous evils to which individual persons are exposed are due to the defects existing in the persons themselves. We complain and seek relief from our own faults: we suffer from the evils which we, by our own free will, inflict on ourselves and ascribe them to G-d, who is far from being connected with them! (Moreh Nevuchim 3:12)

It’s true that we don’t fully understand G-d’s ways. Sometimes bad things happen to good people and we don’t have an explanation. But that doesn’t mean there aren’t many examples of suffering that are both justifiable and explainable – even absent the concept of Divine punishment. They are natural consequences of our own actions and cannot be blamed on G-d. We are at fault.


Rabbi Dr. Abraham Twerski connects the “warped and twisted generation” in the Torah to the warped and twisted thinking he often encountered in his work with alcoholics. While these alcoholics thought they were being logical, their thinking patterns often had so many holes and distortions which led to harmful behaviors.

For instance, some alcoholics refuse to go to Alcoholics Anonymous meetings because they’re afraid of being exposed as an alcoholic. But if they then continue drinking, they only have themselves to blame.

We all sometimes think in warped and twisted ways. Cognitive therapists have identified many thinking errors that cause mental distress and lead to harmful behaviors. As an example, control fallacies can lead us to believe that we have absolutely no control over our lives. Indeed, perhaps these verses in Parshat Ha’azinu allude to people who claim they have no control over their pain, placing the burden directly in G-d’s hands. The message from Moshe is that we have more control than we think. To the extent that we can, we bear the burden and responsibility of changing our fate.

Another cognitive distortion is labeling – i.e., reducing ourselves or others to a single, negative characteristic or description. The Netziv assumes the parshah’s “warped and twisted generation” refers to the people who lived at the time of the destruction of the Second Temple. These people were learned and driven by holy causes, yet their actions were twisted. Their perverseness stemmed from the fact that they saw anyone who transgressed as a Sadducee, traitor, or heretic.

This attitude corrupted them and led to “bloodshed for the sake of heaven.” They regarded people in their totality by a single negative characteristic, and this led to their own destruction. This behavior stands in stark contrast to that of our Patriarchs who were straight and upright (not warped and twisted). They were able to treat even idolaters with favor and love.

While we won’t always understand G-d’s ways, if we are reflective and honest with ourselves, we will recognize that there is plenty bad in our lives and communities that can be traced back to our own thinking and behavior. If we can identify and change our warped and twisted approaches, perhaps we can be on our way to more happy, fulfilling, and spiritual lives. 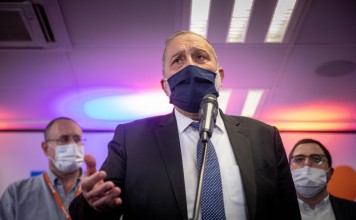 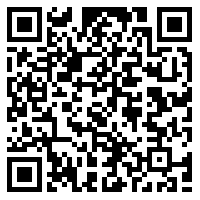