“Shemaya would say: Love work, loathe mastery over others, and avoid intimacy with the government” (Avot 1:10).

We are familiar with Shimon HaTzadik’s seminal statement at the beginning of Avot that the world stands on three pillars: Torah, Avodah, and Gemilut Chasadim (Avot 1:2). Though his mention of avodah is generally understood as referring to korbanot and tefillah, the eleventh mishnah of the first chapter emphasizes the importance of physical labor as well. In that mishnah, Shemaya (the first of the fourth zug (pair) that passed down the mesorah) encourages us to “love work.”


The Torah emphasizes the importance of our work in its very first parshah, Bereishit. The world’s vegetation was ready to sprout, but did not because “there was no man to work the ground.” Afterwards, when finally created, man was placed in Gan Eden “l’ovdah u’l’shomrah – to work and protect it” (Bereishit 2:15). Though Hashem created Gan Eden with its own watering system (and, presumably, He could have created it as totally self-sufficient), Hashem charged Adam with responsibility for Gan Eden in order to teach him the importance of his work.

This is why the mitzvah to observe Shabbat includes not only the prohibition against work on the seventh day but also the command to work six days “For six days shall you work” (Shemot 20:9). Work is also part of the brit (covenant) with Hashem (Avot D’Rebbi Natan 11:1).

Rebbi Yishmael (Brachot 35b) understood this to be the point of the statement, “And you shall gather your grain” that appears in the second parshah of kriyat shema. Rebbi Yishmael explained that the verse is not only descriptive but also prescriptive. In addition to learning Torah, we are meant to spend time acting “in accord with the ways of the world.” Working the fields is so important that we commit to it time that we would have devoted to Torah learning. Rabban Gamliel (the son of Rebbi) took this idea even further by teaching that Torah not complemented by work will “end up failing and leading to sin (Avot 2:2).

Our Sages emphasized the importance of work in many places. The Midrash (Bereishit Rabbah 39:8) attributes this value to the very first Jew. After Hashem told Avraham “Lech lecha,” (without specifying which land he should set out for), Avraham visited various countries. When he first encountered lands whose people spent their days partying, he said, “I hope that I am not meant to live here.” When he arrived in Eretz Yisrael and saw people working the land, he said, “I hope that this is where Hashem intends for me to be.” Hashem responded and said, “Indeed, this is the place.” Avraham recognized the importance and positive nature of productive physical labor.

Planting takes precedence even over welcoming the Mashiach. If a person is planting a sapling and is informed that Mashiach has arrived, he should finish planting and only then go out to greet Mashiach (Avot D’Rebbi Natan Nusach Bet, 31). Greeting Mashiach is not our priority. Planting is.

Rebbi Akiva learned from brit milah that we are supposed to work to finish what Hashem created (Medrash Tanchuma). He saw the fact that humans are born with an umbilical cord we need to cut as a model for this broader idea.

Work is not just how we continue Hashem’s creation. It is also how we emulate Him. While the Gemara mentions being merciful as a fulfillment of “V’halachta b’drachav – And you should walk in His ways,” the Midrash (Vayikra Rabba 25:3) encourages us to follow Hashem’s ways by emulating His first actions when He created the world – planting and development.

This is why Rav Kook trembled when planting a tree. When the settlement of Magdi’el celebrated its establishment, Rav Kook participated in the festivities. The ceremony included the planting of trees, and R’ Kook was given the honor of placing the first sapling in the ground. The organizers handed R’ Kook a hoe with which to dig the hole, but he threw it aside and began digging with his bare hands instead.

Suddenly, R’ Kook’s entire body seemed to quiver and shake, and his face looked like a burning flame, as he placed the sapling in the ground with awe and trepidation. “What is all this excitement about?” he was asked. “Thank G-d, people plant hundreds of trees every day in Eretz Yisrael!” Rav Kook replied, ‘When I held that tender sapling in my hand, I remembered the imperative to emulate G-d and walk in His ways. When I was about to put the sapling in the ground,” Rav Kook explained, “I remembered these words and felt as if I was clinging to the Shechinah. Thus, I was overcome by emotion, fear and trembling (An Angel Among Men, p. 273-274).”

The Maharal (Derech Chayim, Avot 1:10) highlights the first of Shmaya’s injunction that we should not only do work but also love the work we do. The Gemara (Brachot 43b) tells us that Hashem instills within each of us a love for the work we are supposed to be involved in.

Why is our work important? The mishnah in Sanhedrin 24b provides an important perspective. The mishnah disqualifies a person who earns his livelihood through gambling from testifying in court. The Gemara explains that even one who gambles in a way that avoids the prohibition against thievery is still disqualified because he is not “oseik b’yishuvo shel olam – involved in developing the world.” The Rambam (Mishneh Torah, Hilchot Gezeilah V’aveidah 6:11) sharpens this idea by describing the gambler as violating the prohibition against being involved in meaningless pursuits. He explains that Hashem put us in this world to focus on two things – developing ourselves and developing the world.

Developing the world is important, not just for its sake, but also for our own. Avot D’Rebbi Natan (11:1) quotes Rebbi Yehudah Ben Beteira who directs those without work to search for work that needs to be done. Rebbi Tarfon adds that people die only after they find themselves without something constructive to do. The Book of Iyov summarized this idea in three words: “Adam l’amal yulad – Man is created for the work that he does” (5:7). When we work, we realize our mission in life. Those who are idle do not.

Most people need to work hard to support themselves. It is important to internalize Shemaya’s message that work is not a “necessary evil” but is rather one of Hashem’s basic expectations of us. Realizing this can help us approach our work in a way that allows us to enjoy and (even) love it. 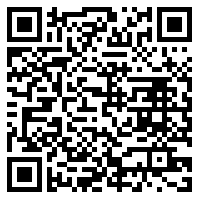